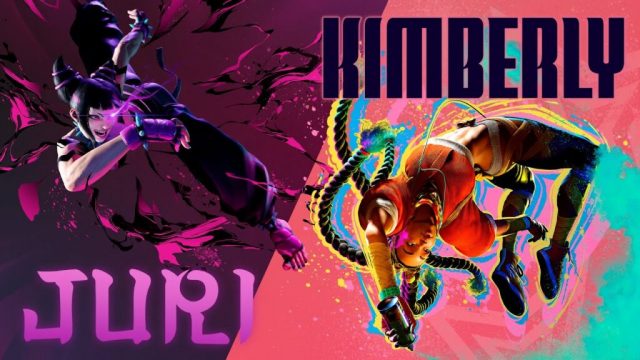 Who says EVO, says big moment for fighting games. And it is quite logical that Street Fighter 6 came back to us to present two of its characters.

Today, Capcom’s game gives a little follow-up to what it showed us at the State of Play last June. The small presentation then gave us a very small hint on a brand new character who now has the right to his sequence to be fully revealed: Kimberley.

Kimberley and Juri reveal themselves

Disciple of Guy and genius who graduated from college at an early age, Kimberly has one thing on her mind: becoming a ninja. And, she will be a very special one. Her strong taste for 80’s artifacts will have a great effect on the martial art she practices. Opting for a fighting style that is fast-paced, she lets the sound of her cassette player set the pace and doesn’t hesitate to use her paint bombs to inflict one of her special moves.

The second character to come to our attention is none other than a return. Juri, who first appeared in Super Street Fighter IV, is now back on the scene. But we already knew that since the leak that hit Capcom last June. Equipped with the same costume as before, although rearranged for the needs of this sixth opus, she also has a somewhat different hairstyle. However, rest assured that her sadistic character does not seem to have changed. Now, we just have to know what is her goal? What motivates her since she got revenge on M. Bison?