Sucker Punch’s hit game, Ghost of Tsushima would indeed be affected by a sequel. At least that’s what certain elements seem to indicate.

Already, a little over a year ago, we intercepted an element that could open up a large number of speculations. And, if we could easily doubt between sequel and DLC, it seems that there is no real question of uncertainty here. Since Sucker Punch has announced that it is done with the follow-up to its title, we can therefore only expect a new opus devoted to the license… or maybe not.

Ghost of Tsushima 2 getting clearer?

It is very possible effect. But, honestly, it is very difficult to be more affirmative on the subject. All we have at our disposal is several job offers which therefore does not reveal much, except for the direction that the title should take.

In the job description of the encounter designer in particular, it is certainly question of open world, melee combat and stealthbut nothing says that it is without a shadow of a doubt Ghost of Tsushima 2, even if it is true that all the elements seem to come together to designate this possible sequel. Especially since it seems that this new project of Sucker Punch particularly concerns one of its licenses. Although again, everything remains to be determined. In any case, the future employee is asked to be particularly familiar with the company’s games and their mechanics. 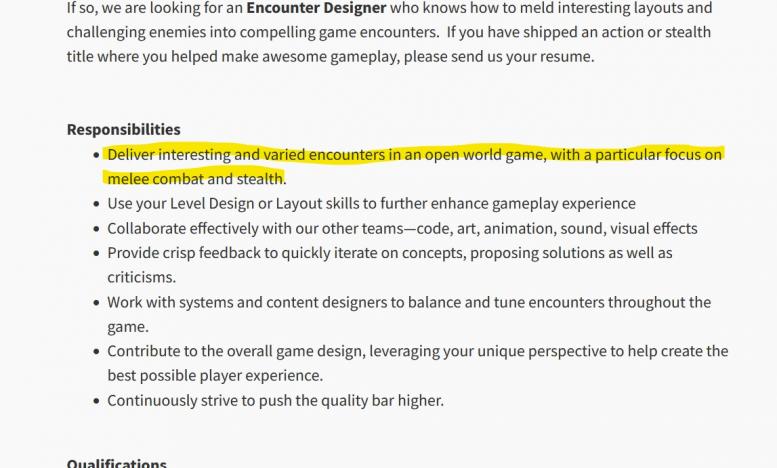 But, it is true that the possibilities of it being other than Ghost of Tsushima are not zero. The work in question could potentially relate to a Sly Cooperwhose formula would be reviewed, or even with a new opus by Infamous, as the rumors want it in particular. Or maybe it’s none of that.

It therefore remains very vague, but in any case, it does show that Sucker Punch is indeed on a project. Which? we will wait for the officialization.