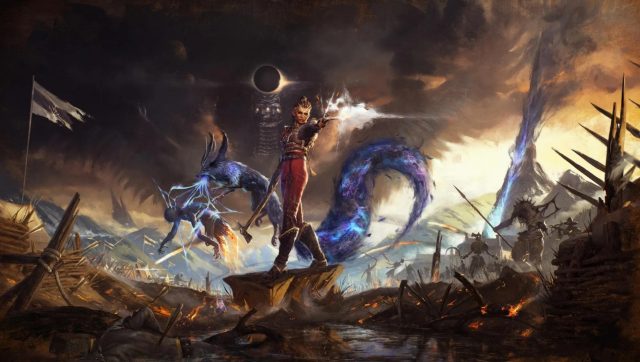 Microsoft had announced an [email protected] to present its upcoming indie games via numerous trailers and announcements around several small studios. It is particularly on this occasion that Tunic (of which we have just published the test) announced its arrival in the Xbox Game Pass.

On the ad side: Immortality, Sam Barlow’s interactive film trilogy (Her Story) already planned on PC, will be available on consoles in the summer of 2022 and in the Game Pass in day one. What happened to Marissa Marcel? Explore the footage from his lost movies to solve this mystery.

Also planned for 2022, Flintlock The Siege of Dawn, from Kepler Interactive. The game will also be coming to PlayStation and Xbox consoles, as an open-world A-RPG.

Join Nor and Enki, his mysterious companion, for an adventure where revenge, gunpowder and magic coexist as humanity is on the verge of collapse.

The showcase also unveiled the new Thunderful Games, Cursed to Golfa golf adventure game in development for the PC; whalefall, J-RPG inspired by Suikoden on consoles; Where Escape Academy from iam8bit and Skybound, due in 2022 on consoles.

You have just entered the Escape Academy, a school where the most promising students train to become masters of the Escape Room. Evolve in more than a dozen hand-crafted rooms, thought up by Escape Rooms design experts.

You can enjoy the entirety of Escape Academy alone or in two-player split-screen co-op, both locally and online. Explore the Escape Academy campus and meet the faculty, a colorful group of characters who are experts in the art of escape. Some secrets still remain to be discovered… The music and sound design of the title were designed by Doseone (Gang Beasts, Sludge Life, Disc Room, Enter the Gungeon). Escape Academy will be available in Xbox Game Pass.

Finally, Wrestle Quest, also a new game from Skybound, and in development without an announced date, is a big pixel wrestling-RPG game starring Macho Man and other wrestling icons.

Find the other information of the showcase, including alist of new titles coming to Game Passor the program Spring Games Spotlight from [email protected]on this link.