Expected since 2019, the next installment of the Microids license finally seems ready to take off in March.

The one we could also call Syberia 4, follows the adventures of Kate Walker imagined by Benoit Sokal. Started in 2002, the series was available in two games before being relaunched in 2017 with Syberia 3.

This new episode, developed by Koalabs, will allow you to direct kate walker, of course, in 2004, but also Dana Roze in 1937. Returning to the sources of the license, it will ask you to resolve riddles and other puzzles crossing various continents. 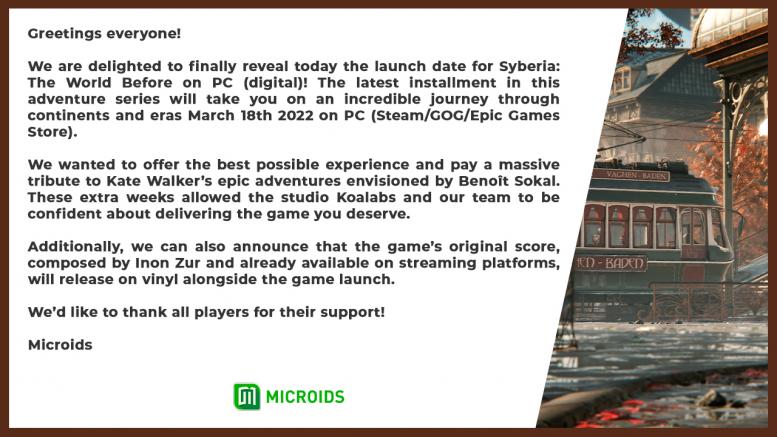 In addition, we also learn the output ofa vinyl of the original soundtrack by Inon Zur (Syberia 3, Dragon Age, Fallout, Prince of Persia) accompanying that of the game. However, you can already find this one on streaming platforms.

READ :   a story in the same city but at different times? News @VGR