Krut: The Mystic Wings is an action platformer that has already reached PlayStation consoles, Xbox and Nintendo Switch consoles as well as the PC since July 2022. The peculiarity, with this title published by Blowfish, is that it is an adaptation, that of a Thai animated film released in 2018, which, we will agree, is not the most famous. But anyway, let’s move on… the video game production, it, has landed well in our hands. However, what we retained during our game sessions is hardly to its advantage. Because, if it promises an epic adventure on paper, it is not really the case. On the contrary.

Krut, or the epic of a bird 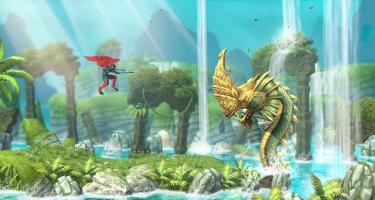 The tone on which the game opens is truly epic. The Kruts, a people of large anthropomorphic birds, are fighting against the invader, an army of stone ogres. The fight is fierce and our hero, Verra the Krut, is a victim.

Severely hit, with broken wings, he finds himself alone on an island. On this place, far from his native land, he finds himself in the company of a rather strange, if not mysterious, individual. Hooded, this last one reveals only very little his appearance which, obviously, leads him to be a fellow human being of our hero. In short, the discussion begins and it leads to the evocation of a certain ancestral art, which is dangerous to say the least: a transplant of super-powerful wings. By this, the protagonist of our story sees a chance to return where he previously failed and finally defeat the one who mutilated him. No matter how dangerous it is, he must deal with it if he wants to win.

Once he has acquired his new limbs, he still has several things to do if he wants to get the right power. His wings still need a lot of configuration to reach their full potential. Their awakening will only be possible after having acquired the blessing of the six guardians who rule the island. Which is quite fitting. But then, it’s not really inconvenient. The problem lies elsewhere.

So here he goes in search of their approval, through a number of landscapes that is varied (beach, forest, temple …). A journey that should not be very long. However, the adventure, all in horizontal scrolling, is of a heaviness that seems to widen the time that we spend with this Krut.

It’s true that graphically we didn’t expect much from this Krut, which opts for 2.5D. Modest production obliges, it is therefore more than logical to get a result of this kind. Having said that, we can recognize that it’s not bad, especially artistically, even if the textures are a bit unsightly. Let’s just say that it’s easy to look at and that our eyes won’t be struck by abominations. That’s what we mean by “not naughty”. 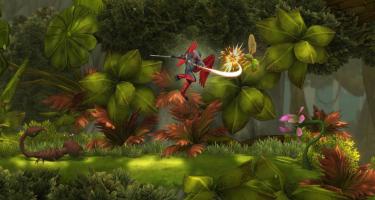 On the other hand, as far as the animation of this Krut: The Mystic Wings is concerned, it is very perfectible. Tll gestures, whether they are those of our character or of the enemies that get in his way, lack a certain naturalness. The same is true for other elements, such as the physics of the flames that can be seen in a level. In addition, there are some slowdowns in the animation. And, although they are not detrimental, they are rather frequent.

READ :   Dragon Age 4 is shaping up to be 'something amazing' according to BioWare

A lot of little flaws accumulate and diminish the value of the title, reducing the experience we are offered to live a little more. And the musical composition that we are offered comes a few more elements to the disadvantage of the software. First of all, it is very discreet and is easily overwhelmed by the different sound effects, which are not the most pleasant. This breaks the immersion a bit. But, even when it is heard, we can’t say that there is anything very remarkable, since the tracks that the game wants to propose have to face a real poverty. There is indeed very little change as the game progresses. Then, the epic tone used by the OST gives a kind of caricature to the game: it wants to be epic, but the content proposed by some levels, if not all, does not follow at all.

An adventure that lacks bite 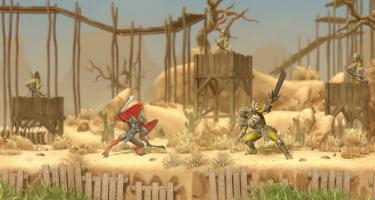 On the way, our warrior will have many moments to show what he is capable of. At least that’s what’s supposed to happen, since we have to admit that, in practice, we get bored and even annoyed by what we have to go through. And this is due above all to the rhythm. In this respect, there is a kind of lack of balance. The enemies are not very well distributed according to the levels. One time they will fall on us rather quickly, another time we will have to walk a long way before we get to a confrontation. And again, even when the enemies seem to be quite present, the quantity is not crazy. But anyway, let’s leave this annoying point aside and see what our opponents have in store for us.

Well, it’s not much better. It’s even tedious. For example, we are facing a small enemy, which logically should not require so much effort, but it takes a long time to get rid of it. Our blows do so little damage that we have to work for a while.

And the bosses are even worse. Their life bar is endless and our attacks are like caresses. Logically, they too don’t present any particular difficulty, or at least that’s how it’s supposed to be. And for good reason, since their moves are not diversified, it is not so difficult to read their movements. Nevertheless, they still manage to pose a bit of a problem. This is partly because of the above-mentioned bad balance of the time it takes for a single opponent. Here, with the level master, it is logically a bit more consistent. And, honestly, in this kind of situation, where slowness reigns, it takes courage to keep up and not to stall. As a result, chances are that you will quickly lose your attention and take a hit in the process. In this case, it can be quite detrimental to your life bar. Indeed, when they manage to get their hands on you, the bosses inflict a lot of damage. It’s the opposite of your hits. Their attacks are so powerful and ours are so weak that it creates a very bad contrast, instilling a sense of injustice. And then there are lots of gaps that encourage our bad feeling. For example, we will be very unpleasantly surprised to find that there is no counter technique, or even a guard to block the opponent’s blows, or even a lack of healing potions.

A hero full of shortcomings 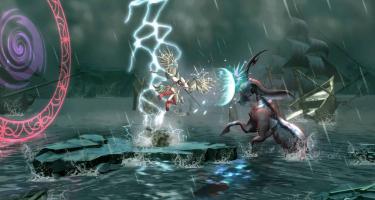 There are some improvements, whether it is for the life level or the efficiency of the attacks, but they remain very very secondary. It’s all the more annoying that to access them, it is necessary to use an exchange currency that you get after defeating an enemy. It is very expensive and the result is almost null. Moreover, this is not the only element that surprises and irritates particularly. You should know that when you want to boost your abilities, you will already find yourself stripped of your fortune. And this small operation, which allows you to acquire these small relative changes, must be done on a particular place: a stele serving as a checkpoint. And, unfortunately, there too you have to pay. This means that you have to cross swords with your enemies. But it doesn’t matter, you will have to go through this if you don’t want to start at the beginning of the level. Then you won’t really have any resources left for upgrading. In short, the system is just badly wired.

It is therefore very unfortunate that there is no natural evolution, which is done through the accumulation of experience points. And the same applies to the lack of additional weapons, which could have given our character the power we were expecting. Even the ability that we are allowed with our wings is not really useful. This is a disappointment. We expect an extra power, but it’s not there. Not at all. All it provides is the ability to fly for a little while, as well as to send very weak attacks from a distance. No more and no less, except for the fact that you get some health points back.

Verra does have some attack potential, however, again, it is clumsily used. 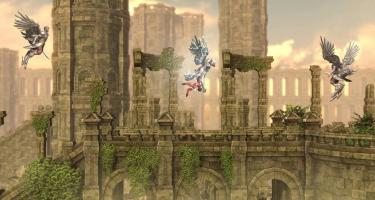 So, the only way to add value to your moves will reside in the different combos you will have in your possession. And, not surprisingly, this is still limited. The combos (some of which can be purchased) are only for ground combat, air combat only has to make do with two moves. If, by chance, you have the idea of looking at the type of combos you have at your disposal via the interface of the pause screen, for example, you will be very unpleasantly surprised to see only two choices: resume the game or quit. Some people will see this as a simple detail that is not important, and will say that it is enough to remember all the combinations, others will see it as a regression from the current standard.