Initially scheduled for release last October, the survival horror MADiSON finally skipped Halloween to come and haunt our consoles and PC in July 2022. In appearance, the game looks like a sort of morbid marriage between the famous P.T. demo and the more recent Visage, but does it manage to be as compelling as the latter? Not really.

A gripping macabre tale, but with its share of flaws 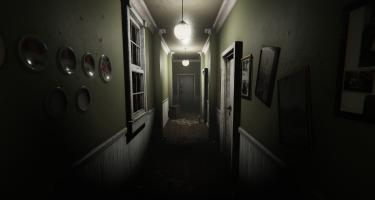 It all begins in a strange house where a young man named Luca wakes up. He obviously knows the place, but the building is in a dilapidated state and he is not alone. He must get out at all costs and quickly. It is then that he finds his old instant camera which, at first sight, seems totally normal. In truth, the latter has special abilities and, above all, a bloody past that seems to concern our protagonist as well. A conventional story, of course, but one that can be disconcerting on many occasions.

The rest of the story is revealed through notes and audio recordings scattered in various places. As for Luca, he is rather discreet and rarely speaks. We would have liked more interventions from him to clarify certain points of the story or to react to the supernatural events taking place before his eyes. However, and this is far from pleasing, we must see this as a bad thing for a good thing, since the dubbing clearly leaves something to be desired, to the point where scenes that are supposed to convey fright become less believable when there is dialogue. 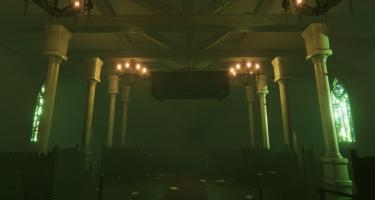 That being said, the horrific tale described by MADiSON may not be very original or well thought out, but it is nonetheless appreciable and even grippingwith many really frightening passages. Nevertheless, if the software knows how to create breathtaking sequences, it also has the gift of spoiling them with a well known horror game weapon: the jumpscare. So yes, a good jumpscare has never been a flaw for a survival horror. You just have to know how to dose them in order not to bore the player. During the first two hours, the rule is rather respected, but after this point, it’s the festival of surprise appearances accompanied by a noise that breaks your ears. This problem is unfortunate, as the game mechanics suffer the consequences despite the fact that they have a lot of potential.

READ :   Resident Evil 4: a dive into the past with a fan's demake

Smile, it’s for the picture

The core gameplay is not “never seen before”. Concretely, it is divided into two phases. First, taking pictures with the instant camera (no, this is not Project Zero 6). Then, after a big flash illuminating what is in front of the player, the picture comes out and you have to shake it to make the image appear. Everything is then stored in the inventory. It is possible to carry up to 10 items, knowing that three places are taken from the beginning to the end by the photo compilation, the camera and Luca’s notebook.

In general, the software under-exploits a lot the mechanics offered by the device. 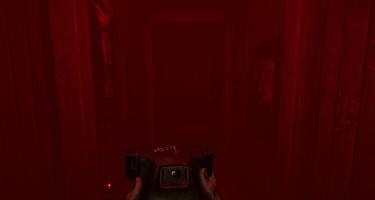 You are probably thinking that MADiSON plays with the famous flash to scare you, as many other productions of the same genre such as Visage have already done. However, there is a hitch. Earlier, we talked about the preponderance of bursts. You should know that it is almost never done by using the camera. The game prefers to summon monsters in front of you without warning rather than using it to make them appear here and there. To give you an idea, only two sequences – one of them very short – make good use of it, but it’s far from enough. On the other hand, there are some “combat” oriented sequences that diversify the experience, but here again, the problem is that they are of dubious use because they are so boring and repetitive.

Generally speaking, the software under-exploits a lot the mechanics offered by the device. The puzzles are the most revealing example of this fact. Most of them require almost no pictures to be taken. This is not a general rule, but if it is the case, your pictures will only serve to start the puzzle, nothing more. In the end, the puzzles may be fun to solve, but they leave an aftertaste of disappointment, as the game misses a golden opportunity to surprise by offering something different.

READ :   It's confirmed, the Halo series will destroy a myth about the Master Chief

A gameplay below par, but a flawless atmosphere

Even if MADiSON has some annoying flaws, the game makes up for it with its atmosphere. It’s simple, it’s almost flawless. The narrow settings constantly confine the player, they suffocate him. The places we go through are gloomy and labyrinthine. This keeps a permanent tension, because you never know what will jump out at you at the corner of a corridor. 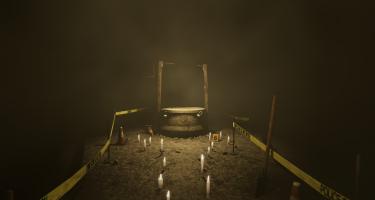 This work on the atmosphere is felt even in the puzzles. Normally, these types of passages bring a kind of serenity, since you don’t suspect that an enemy will appear while you’re working your brain (with some exceptions). In this game, it’s the opposite, we operate under pressure, always on the lookout for the slightest noise, a crack in the floor. In this sense, the last phase of the game is one of the most successfulif you don’t play in difficult mode.

Let’s explain. There is a major difference between the normal mode and its more difficult partner. The former provides visual cues to help the player better perceive key hidden objects. The second one says goodbye to these aids and thus adds 5 hours of extra life. This is obviously an exaggeration, but you can easily find yourself going around in circles for a long time because a key is hidden in the shadows.

To give you an approximation, MADiSON takes about 6 to 7 hours to complete in normal, barely more in difficult depending on your perception of the environment. Good luck.

We’ve talked about the sinister sound effects, the oppressive atmosphere, but what about the real threats? It’s unfortunate, but we’re still hitting a nerve. Their design is far from nightmarish, bordering on the banal. So, after the first meeting with them, the anguish at the idea of meeting them again will already be less. Nevertheless, for once, this criticism does not apply to the finale, which manages to stand out from the rest with its terrifying monster introduced in such a skilful way that it becomes immediately striking.