After a remarkable release on PS4 in 2018 then a version remastered in 2020 on PS5Marvel’s Spider-Man Remastered, in line with the Playstation ports on PC (Uncharted, Horizon Zero Dawn, God of War, Days Gone), comes on Steam and the Epic Games Store on August 12. And Marvel’s Spider-Man: Miles Morales should follow a little later. This is a great opportunity to discover Insomniac Games’ hit, here in the hands of Nixxes Softwarewhich is offered to PC players who could not enjoy it on the Sony console, and to rediscover it in its most beautiful guise for others, thanks to very high level graphics on a large screen.

The same, but better 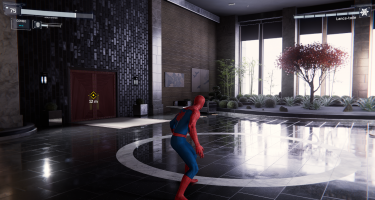 The success of Marvel’s Spider-Man is no longer to be proven and its undeniable qualities make it an unavoidable hit. Going through New York City with Peter Parker, alternately in civilian clothes and as Spider-Man, to follow the main storyline as well as to take part in the side missions and other activities (even if we can put a small downside to the mini-puzzles in the lab or to the photos of monuments), remains unquestionably delectable and all the more so since we can now benefit from even better graphics. Of course, we won’t go into the content of the game itself, as it has already been extensively covered in the past. Let’s note however that this edition also includes the three episodes of the DLC The City That Never SleepsThe Break-in, Gang War and Silver’s Return. 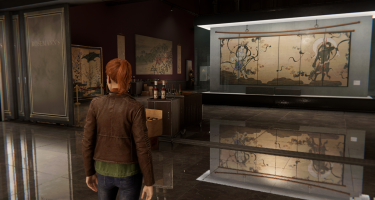 The showwhich begins with the fight against crime lord Wilson “Kingpin” Fisk, is clearly there, and the city, full of life, is particularly well transcribed. Of course, it is better not to be allergic to Spidey’s humor, a real chatterbox, carried by a impeccable French versionwith the notable exception of a few NPCs talking to each other in English and the TV shows in VO. In addition to the movements of our favorite spider through the roofs of the city, at sunset, these are of course the fights which are honored, with their neat choreographies. And the question that is on everyone’s mind is certainly whether it stays smooth with all options turned up? Well, the answer is yes, even on a laptop with a Core i7-9750H, 16 GB RAM, SSD and an Nvidia Geforce RTX 2060 graphics card, at least in 1920×1080. We did have a few freezes and crashes, but nothing dramatic.

READ :   Legends of Aria: criticized for its NFTs, the MMORPG is cut in two

See the city in large 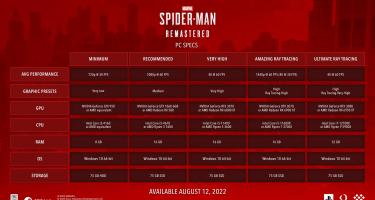 The recommended configuration to run the game in the best conditions is, of course, consequent, but it remains accessible with less powerful hardware. However, it seems that there are some problems with AMD that the studio is currently working on and that should be solved for the release of the game. What we gain is, as on PS5, more details, as well as the possibility to play in 4K and 60 fps and to take advantage of Ray-Tracing to enjoy more realistic reflections, as well as lighting with particle effects, or smoke. Here it is also possible to turn up the refresh rate up to 120 Hzand owners of Nvidia RTX cards can count on the DLSS (super-sampling by deep learning for more sharpness) and the DLAA (Anti-aliasing by deep learning for better image rendering). The result is really high quality and New York has never been so beautiful. The shadows have been reworked in particular. 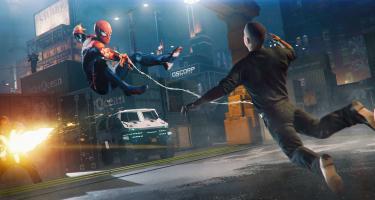 For lack of RTX, you can also opt for the dynamic reflectionsand many other options are available depending on the level of your configurationHDR, VSync, texture filtering, depth of field, ambient occlusion, light blur, chromatic aberration… It’s up to you to find the best compromise between quality and fluidity depending on your hardware and what you want to focus on. So everyone can find their own way to make the game run properlyIf you have a minimum of speedy hardware, you can enjoy the game. And for even more immersion, if you have a ultra-wide screen (21:9, 32:9, 48:9), you should know that these are supported so you can enjoy a wider viewing angle. You even have the possibility to run the title on the Nvidia Surround multi-screen configurationsto play on 3 screens. Also, if you have a DualSensethis one is also compatible in order to make you take advantage of haptic feedback and adaptive triggersbut, as a PC user, you can also play the keyboard-mouse, remapping to support itif you feel like it, just like with a Xbox controller. This is clearly not a simple port and the work has been carefully done. Isn’t life beautiful? 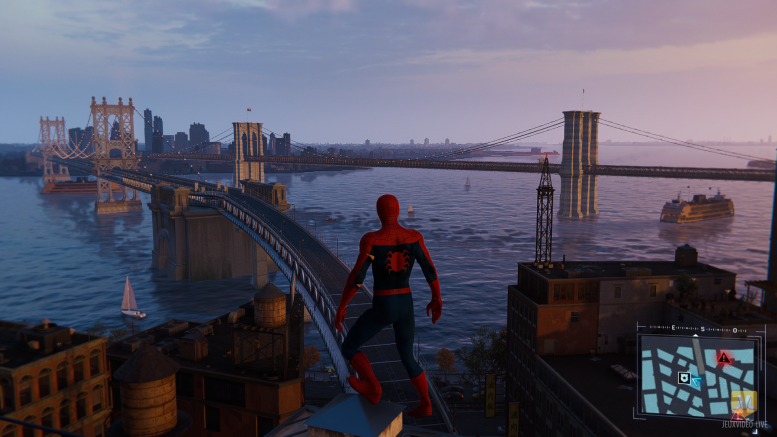