Released on July 8th on Switch (the version concerned by the test)but also on PlayStation consoles and on Steam, Yurukill is a choral work. Each of the characters controlled by the player will have to unravel the mystery surrounding the particular situation in which they find themselves. In order to solve this mystery, the game will mainly offer investigation phases, which are presented in the form of a visual novel. But that’s not all: in this title developed by Izanagi Games, the action is not forgotten and is translated into shoot’em up phases. This will have the merit of bringing a certain dynamism… well, not really. For a while, it is not unpleasant, we even get caught up in the game. But, after a while, you really have to be caught up in the scenario, to want to know the end of the story, to continue the adventure from beginning to end.

Towards the quest of innocence 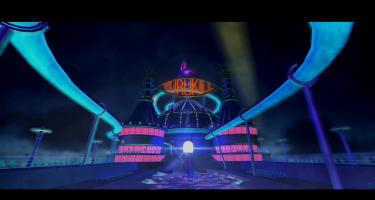 Yurukill: The Calumniation Games launches the hostilities by sending us on a boat. One of the characters (Sengoku), that we will soon have to control, wakes up disoriented. He doesn’t know where he is, panics and starts to shout, in order to attract the attention of those who are probably listening. And, indeed, there is no shortage of them. A certain Futa answers his call. But he will not be able to say more. He is in the same panic. We will learn very quickly that, just like Sengoku, he is a prisoner. Their crime? Well, we’ll find out later in the story. Knowing it here will not bring much. The only thing to remember is that all the protagonists have, or seem to have, committed wrongdoings. Moreover, some of them have even received quite considerable prison sentences. However, they will have the opportunity to be released. The solution: the amusement park called Yurukill Land. But only one of them will have this privilege. Assigned to a comrade, our criminals, unjustly incarcerated – as they keep repeating – will therefore scour the place and try to overcome the obstacles that await them. 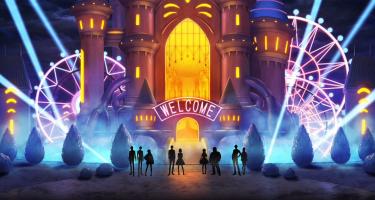 Logically, all our characters are competing against each other: the first one to have passed all the tests that await him will be declared the winner. But it will be far from being a healthy ride. Death is at the end of the mistakes. And your companion will be there to see to it, since he is the hand that will potentially take care of your execution. All he has to do is press a button and it activates a device that the criminal has, attached to his neck. As he does so, a needle will inject him with a deadly poison. Of course, as we progress in the game, as we go from puzzle to puzzle, we understand the reason for such a relationship (criminal/killer), by accessing their past. We won’t say more. Still, the progression and evolution of the relationship between the different duos – although there is also a trio – is quite satisfying.

A rather interesting story, which becomes more and more complex as it unfolds

So yes, as far as personality is concerned, one should not expect anything transcendent. However, if we except all the stereotypes and the inconvenient characters of each one which result from it, Yurukill intrigues. And it is above all thanks to the psychology of each character. Little by little, they change according to the situation, revealing themselves completely as the chapter progresses and, as a result, their behavior as well as the relationship with their companion changes. This gives the story a certain cachet. However, although it is quite twisted – as one would expect from one of the two writers (the author of Kakegurui, Homura Kawamoto) – this one is interesting but it is still a bit capillotracted and easy… Well, it is especially the case at the end where you will probably have the displeasure to see all the clichés of the genre. But overall, it’s cool. 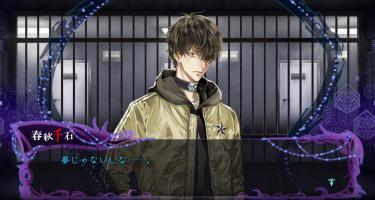 When you really start to take things in hand, there is no denying the pleasant side of the game. Nevertheless, it only lasts one chapter, one investigation. Why is that? The answer is simple: everything else is based on the same pattern. You find yourself doing the same thing over and over again. You go through the three main rooms of each investigation, you move the cursor like a point’n click to find clues and you solve some puzzles. Moreover, most of them are quite commendable. They are rather elaborate and will require some attention from you. But, if you have some difficulties to master the situation, there will always be some clues to help you and, if needed, they can even give you the answer. However, even if it is interesting at first, there is a big risk of getting bored. And, in the end, only the different stories related to the characters can keep us attentive, although one cannot deny the existence of useless passages.

And the shoot’em up phases that conclude each investigation, and that allow us to directly oppose our comrades full of grievances against us, do not escape this routine at all. Like the investigations, they are divided into three stages whose transitions are provided by interrogations in which we are asked to choose the answer that will convince our opponent. But, unlike the shooting phase, if you fail, you don’t lose one life, but three. And the number in our possession is very variable. You can have a large or small number of lives. This is determined by a small questionnaire session that opens each combat sequence: you are on board a ship, generated by a virtual reality machine, and you just have to answer the five questions asked to win these lives, 4 per question for a total of 20. These will not be too much for what awaits us. 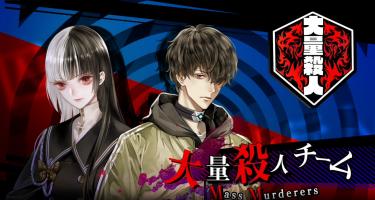 Indeed, even if at the very beginning, you can easily face the enemies and the projectiles they throw around, it becomes a bit more complicated later on. But it’s quite manageable. For more challenges, you might want to go for the higher difficulty level. In any case, it is true that you have to be particularly vigilant and skillful. With everything coming at us, it is sometimes very difficult to get out of it without any trouble. The passages are sometimes like “mouse holes”. However, getting hit once does not mean direct death. You may be given another chance before losing a life. However, there are some conditions. A “boost” gauge must be filled with the elements that you collect with each destruction or damage inflicted on your enemies. A gauge that can also be used to trigger a special attack. This last one is very efficient, by the way. Especially against the boss. When your gauge is at 100%, it can defeat the level master in one shot (well, at least in one phase). However, once this is done, you will be very vulnerable to the next attack that will target you. 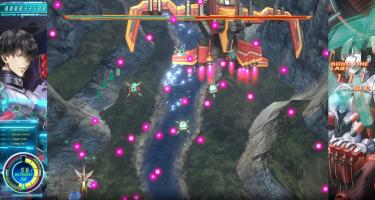 Like any visual novel, or video game novel, there is very little movement on the screen. All we see are a few elements of the scenery, and especially our characters, who also make do with the bare minimum: change their expression according to their moods and move their mouth when they start a discussion. Therefore, it is useless to tell you how important the voices that are supposed to embody them are. And there’s really nothing to worry about in that respect. Well, maybe it’s a bit exaggerated and eccentric, but nothing too serious… Anyway, that’s the job they are asked to do. In short, if we leave this point aside, we have nothing to reproach ourselves for. The seiyuu know their job and most of them are known for having participated in the most famous anime. For example, we find in the cast a rather famous name in the field of japanimation, the excellent interpreter of the cult Gintoki from Gintama: Sugita Tomokazu. And although his character is not the most useful, his presence alone manages to instill some humor in the title. As for the musical background, it is not annoying. It accompanies our adventure quite nicely and quite discreetly. The music is rather varied. At least that’s what it seems for the investigation part. For the shoot’em up, there is very little variation.

Regarding the few cutscenes that the game offers, there are some flaws to be noticed. Indeed, as you can see at the beginning, there are a lot of slowdowns. But they are not a problem since they are not in the majority. And then, there are some textual mistakes. Well, it’s nothing, but it doesn’t hurt to mention it. And we’re not going to be picky: we have a French localization, and that’s good.

Despite its flaws, is Yurukill worth it? 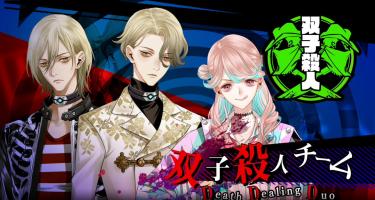 Anyway, in all this, we would be lying if we told you that we had a bad experience. No, on the contrary. However, there is a big problem of rhythm, because, as we have already said, what we are asked to do does not vary much. And then, we can’t help but think that some of the actions we are asked to perform are not really necessary and that it could have been different. Consequently, as the game goes on, the player could very well get angry – let’s put it that way -, especially since there will be about twenty hours to spend in the company of our criminals, and especially with Sengoku, who is in a way the main character of this title. The time could very quickly seem long. However, if the game is approached in a casual way, like approaching a chapter as you would an episode of a weekly series, there is a way to fully follow the story without being annoyed.