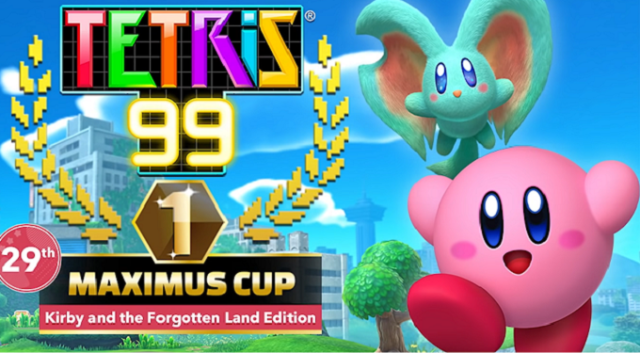 As usual, Nintendo wants to celebrate the arrival of one of its most recent titles. This time, it’s the turn of the little pink ball to bring its universe.

Released on last march 25Kirby and the Forgotten World enjoyed a nice launch, be it in Japan, in the United Kingdom or even in France where the little pink ball still clung to the top of the ranking. A recent release, and therefore noticed, which will benefit in a very short time from a whole new attention.

This April 22 (9 a.m.) indeed, Nintendo will graft the universe of its latest Kirby into its Tetris 99. Taking place over a small handful of days, you will have until April 26 (8:59 a.m.) to recover the theme with the effigy of the hero, who is celebrating his 30th anniversary this year.