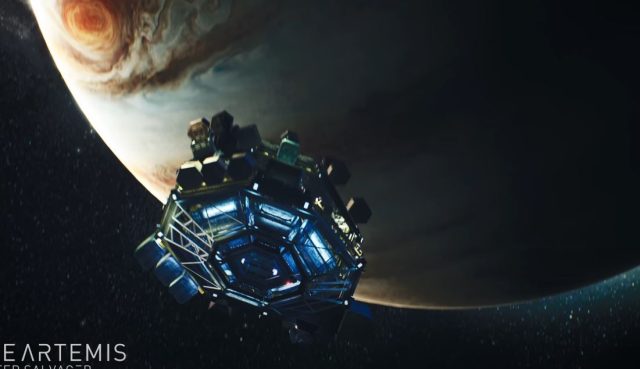 The Prime Video TV series will soon get an adaptation, via a series of games from Telltale. An exclusive first trailer was unveiled last night at the Game Awards.

The studio specializing in narrative adventure based on QTE, Telltale, announced a partnership with the studio Deck Nine and Alcon interactive Group to develop a new series adapted from a known universe: The Expanse A Telltale Series.

On the same principle as his adaptations of Back to the Future or Batman, this new point & click series will take over the universe of Amazon Prime’s sci-fi series, Expanded. A trailer in exclusive world premiere in mondovision never seen before was revealed during the Game Awards tonight. You will discover what we can call “Miranda shots”, these famous camera shots that we find in Mass Effect:

Telltale recalls that it will be the studio’s first new IP since it reopened in 2019 (the company had closed, riddled with debt, in 2018, before reopening the following year), and that Deck Nine, behind Life is Strange: True Colors, will assist as a co-developer.

One of our driving forces is enabling other creative voices to tell their stories the way the previous Telltale games that defined the genre. We are very fond of Deck Nine’s work and were looking for intellectual property in which we could create stories together.. The Expanse is a rich world that both studios are really eager to explore.

The game will take place ahead of the events of the series. Players will take control of Camina drummer, played by Cara Gee who repeats her role in the title. A release on PC and consoles is mentioned, but no date yet. One could also wonder if this announcement will not save (for the second time) the series, which must end at the end of Season 6 broadcast on December 10.

READ :   One free game per day on the Epic Games Store, who's next? News @VGR