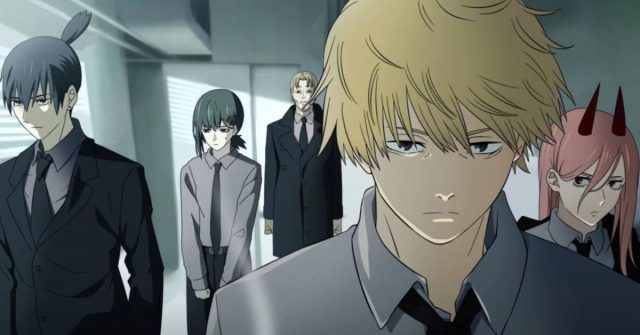 The anime Chainsaw Man is getting some new info that should definitely satisfy the fans of the original work.

Yes, that’s a lot: since Sunday, there have been many announcements about the productions coming from japanimation (Bleach, Solo Leveling…). This is not common for a site dedicated to video games. But, rest assured, it is only exceptional. We just take advantage of theAnime Expo to relay the most important announcements, and still, not everything is reported. After this news, I promise, we will slow down the pace on this field which is not ours.

Chainsaw Man: an adaptation that wants to be faithful

This is apparently one of the most anticipated adaptations, Chainsaw Man is now back. However, in the absence of a new trailer, the anime is only content to throw some information. But, they will certainly not leave the fans in indifference.

READ :   Our preview of Elden Ring, it promises heavy @VGR

The anime is planned for this year 2022, and therefore for the fall. As for the precise release date, we will apparently have to wait for this month of August (at Crunchyroll) where a video should this time be part of it. As for the second part of the manga, whose sales amount to 12 million worldwideIt will be published from this July 13 in Weekly Sh?nen Jump.

READ :   MultiVersus: after a delay, season 1 is coming soon

Before having more about it, here is the last trailer released a few months ago: