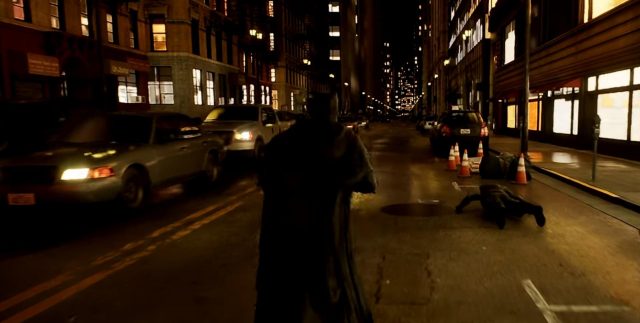 After Spider-Man or Superman, it’s the dark knight’s turn to have his mod under Unreal Engine 5.

Since its announcement and its technical demo The Matrix Awakens, Unreal Engine 5 continues to fantasize players who, for the moment, are only entitled to technical demos and other more or less playable mods.

The Batman leaves Gotham for a passage under Unreal Engine 5

After Spider-Man or Superman, it is therefore the Batman, inspired by the hero embodied by Robert Pattinson (The Batman), who has the right to his little game under Unreal Engine 5. Also taking up the city of The Matrix Awakens here, The Batman mod allows us to embody the dark knight and take advantage of a basic combat system to beat bad guys in the middle of the street.

Obviously, for the moment, this is only a technical demo, but its creator, JSFILMZ aims to make the adventure playable, although he gave no release date. Currently, we can only rinse our eyes and dream of a real return of the famous vigilante.