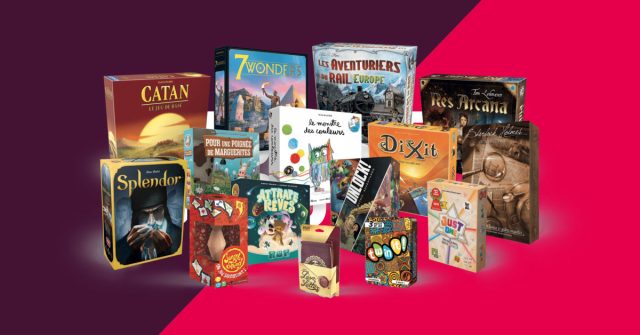 The Swedish group with dozens of video game studios has just bought the French board game group Asmodée for an astronomical sum.

As we already know, Embracer Group is one of the giants of video games, with exponential growth in the sector which never seems to want to stop. In its redemption madness this year, which already has more than a dozen studios, the Swede has just got his hands on Asmodeus.

The French giant of board, role-playing and card games (Jungle Speed, Les Aventuriers du Rail, Les Loups-garous de Thiercelieux), which is also present with Asmodée Digital in the world of digital games, will now be owned by Embracer, which released 2.75 billion euros to afford this new studio.

As the reminder Gamekult In fact, Microsoft’s takeover of Minecraft was worth 2.5 billion. The pack of 8 studios recently purchased by Embracer, including the creators of Duke Nukem, 3D Realms, cost “only” 280 million euros.

READ :   You can now change your pronouns in The Sims 4

I have to say that Asmodeus’ value in three years has risen to 3 billion, a figure that has more than doubled. The French giant was sold by Eurazeo to PAI Partners for € 1.2 billion in 2018. With this acquisition, Embracer sees a way to expand games across industries and to become the market leader in Europe.

Since 2018 the company has had great success, with a catalog of more than 500 games and a distribution agreement on many cult franchises for role players and TCG collections, such as Pokémon, Dungeons & Dragons, GURPS or The Book of Five Rings.