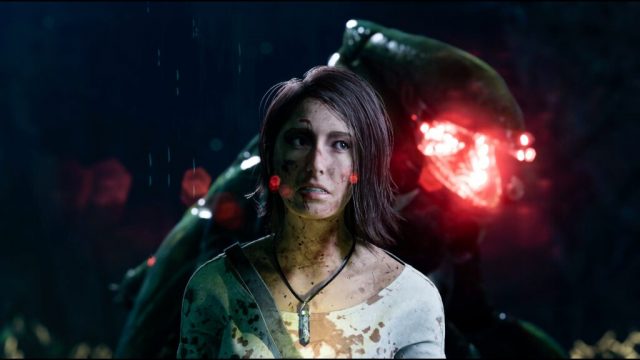 The horror game The Chant once again opens the doors to its nightmarish world with a new trailer.

The Chant, the creation of Brass Token edited by Prime Matterinvites us once again to plunge our eyes into its universe with a trailer just released.

Monsters, go back to your dimension!

The horrific title will plunge players into a nightmare alongside the heroine Jess Briars. Then came on Glory Island to begin a spiritual retreat, this last will see the situation degrading very quickly. And for good reason, the negative energy emanating from a group of visitors will open the doors to a dimension where quantity of evil creatures reside. As they spill out into the real world, these monsters, which feed on fear, will slowly drive the island’s residents into madness.

Jess will then have no other choice than to face this threat coming from elsewhere. For that, she will be able to count on a set of weapons as well as some spiritual powers.

Here is the new preview of the game planned for this fall on PS5, Xbox Series and PC: