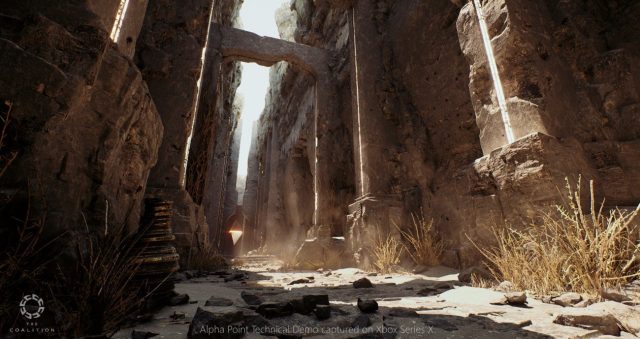 The Gears of War studio, specialist in Unreal Engine 5, is announced on “several undisclosed projects” by Aaron Greeberg of Xbox.

As reported last July, The Coalition is indeed working on a new IP. But not only. Especially since after having unveiled several technical demos on Unreal Engine 5, the Xbox studio has become in a few months the specialist in new physics engine at Microsoft, to the point of being presented only like that by the bosses of the group.

In an interview given to fans at an event in Bogota, the general manager of Xbox Aaron Greenberg answered a few questions. It indicates in particular:

The Coalition is one of the Xbox studios that works the hardest on the technical details of its games, while allowing them to innovate in development tools and software for the console.

They are masters of the Unreal Engine, they helped Epic Games make their demo of The Matrix. The team is currently working on several unannounced projects.

In the rest of the interview, Greenberg also talks about Hellblade 2 and its current quality, reporting that he allegedly told the studio, “You’re not showing us gameplay, we’re just watching a cutscene.” To which the developer replied, “No, look, I’m moving Senua myself.”

When we contacted Double Fine they had a limited budget for Psychonauts 2so they were going to launch the game with what they had, since they couldn’t ask for more money on Kickstarter.

After the purchase, we poured a lot of money into the studioin addition to providing an entire team of developers to support the game, also providing new teams of animators, new technologies and much more.

Finally, without revealing anything more, Greenberg announces several upcoming projects on Xbox and Game Pass following the acquisition of Activision.