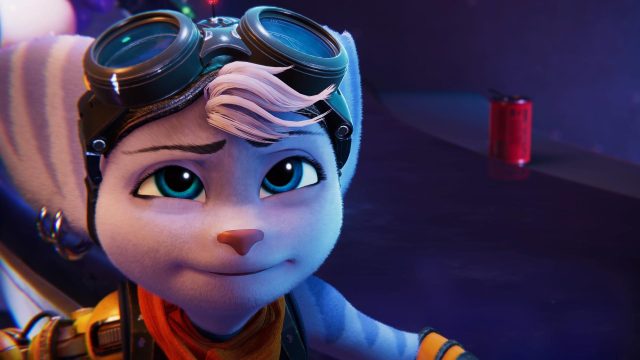 Angry after being “forgotten” by the lead developer of Ratchet & Clank: Rift Apart, Sam Maggs gave his truth about the new character’s name, as well as his sexuality.

Sam Maggslead writer of the latest Ratchet & Clank: Rift Apart, complained on Twitter that his work on the game’s script was purely ‘deleted’. In an interview with from IGN during GDC 2022, lead designer Mark Stuart returned to the Rivet’s new character creation process and in particular the names rejected by the studio (including Rachette).

In response to this interview, Sam Maggs, who wrote the PS5 game for over a year at Insomniac Games but has since left the studio, has it a little bad. Taking the pen on her network, she revealed “how I did my work on this character”, and in particular how she came up with this name.

Following a process of reflection, it was necessary to find a name that could be linked to a tool or mechanism, with two syllables to evoke a similarity to Ratchet, and ideally ending with a harsh sound. It all led to the idea of ​​calling it Hammer, Socket or Gadget. It was she who, in the end, selected the right one.

This speaks to a broader issue of game devs being entirely erased from the narrative of their own work once they leave a studio. I’m not even credited as a writer on this game despite dedicating a year and a half of my life to it and creating Rivet’s personality from scratch.

It seems like Mark’s speech at GDC makes this all seem like it just popped up out of nowhere? I was one of 4 people in the room for most of Rivet’s development. I’m the one who said “We can’t call her RACHETTE”. Gadget and Rivet was me. It sucks to see my work erased.

This ties into a larger issue, which is that game developers are entirely erased from the narrative of their own work when they leave a studio. I’m not even credited as an author on this game even though I devoted a year and a half of my life to it and created Rivet’s personality from scratch.

“Someone”????? I guess I just don’t even deserve a name or the memory of having been part of senior leadership on this project for years huh pic.twitter.com/I2l0XxcV8e

The anger passed, Sam Maggs sent a message to IGN to explain that David Kim, the programmer credited with coining the name, had actually suggested the name Rivet from a long list of possibilities.

I just want to point out, as I did in my other thread, that none of this works without the team. I offer these guidelines, we brainstorm ideas that fit, I make a shortlist, we vote on names – TOGETHER. This is also how you get the best level design!

This is why being left out of the conversation is so painful. It’s a team effort, but at the end of the day, as the main writer, it was up to me to name it, and it was up to me to do it – and it is precisely to be the voice of the players who needed a Rivet in their life that I was brought to participate in this project.

Sam Maggs to add moreover that this character was thought to be lesbian, even if there is no element to confirm it in the game. It was also she who lobbied not to give her a design with a chest or makeup. Discussions that seem to have been “forgotten” by the team still working at Insomniac.

also Rivet is canonically a lesbian

READ :   Bad year for the excluded Xbox: the big news of the day in less than 2 min.