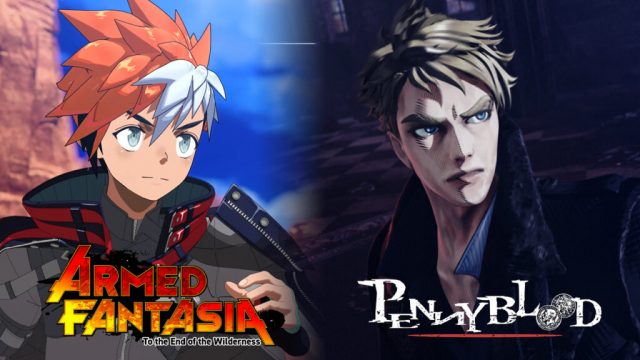 After their announcement, the two games from the creators of the cult RPGs Wild Harms and Shadow Hearts have just launched their KickStarter campaign.

A few days ago, a “double Kickstarter campaign” was announced. It focuses on two games that are considered to be spiritual successors of two cult RPGs. Thus, Armed Fantasia wants to be the heir of Wild Arms which was released on PS1. As for Penny Blood, it takes its link from the PS2 title Shadow Hearts.

Without going into details, the campaign, which is now launched since this August 29should benefit both games. For example, if one attracts more attention from the participants at the expense of the other, the latter will not be left out and will also enjoy the donations.

First, it is planned that both games will be released on PC. However, if the goals that the development teams have set (i.e. 750,000), which guarantees a PC version have been reached and surpassed, then the titles should also be released on PS5 consoles, Xbox Series and Nintendo. For the latter, not sure it is the Switch. Everything will depend on the machine that will then be current in 2025the year that should host the games.

READ :   Hogwarts Legacy finally has a release date, but...

And so far, everything is going extremely well. In fact, it’s a real success. In one day, the campaign managed to fulfill and even exceed the ambitions previously communicated by the instigators of the initiative. It remains to be seen how far it will go. It remains now a little less than thirty days. In any case, for now the games are sure to have a PC version.

Counting on the presence of the writer of Wild Arms and other members who participated in the realization of the famous PS1 game, Armed Fantasia will tell the story of a young man named Ingram. Member of Pathfinder, a group of adventurers, our hero will travel through the vast lands of Londenium with the aim of overcoming the “anomalies” that are rampant here and there.

With this Armed Fantasia, we are promised to “experience the spirit of a large-scale Japanese RPG adventure”, tread a “gigantic world map” and also complete a large number of puzzles.

Here is a video of what he will tend to propose:

The second game (handled by some of the same names that participated in Shadow Hearts) is much darker. For good reason, it will offer players a horrific journey bathed in a gothic aesthetic.

Featuring an investigator named Matthew FarrellThe game will take us through a world of the 20s populated by evil creatures. Initially taking place in a New York based mental asylum, the investigation of our protagonist will lead him to venture into various other countries (Japan, China, Europe…).

Stalking the demons, Farrell will be forced to use the same weapons as the demons and thus call upon the powers of darkness to defeat them.

Here is the trailer released for the campaign: