Expected for early March on PS4 and Switch, NIS America’s JRPG sees its release date pushed back a few days. Check out the special physical version.

While announcing the postponement of the release of The Cruel King and the Great Hero for March 11, 2022 (one week later than expected), publisher Koch Media unveils a special physical edition named “Storybook Edition” for PS4 and Switch game. You will find there: 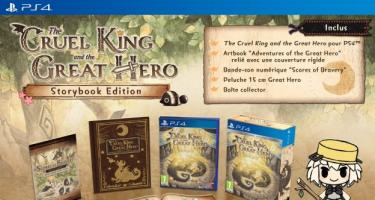 As a reminder, Nippon Ichi’s solo RPG narrates the adventures of the daughter of a hero who fought the terrifying dragon Cruel King before making her his friend and asking him to train the little one to become a great heroine in turn. . In one 2D world inspired by children’s stories and with a charming soundtrack, you will have to cross the world and fight monsters.