Present at State of Play from Sony on March 9 as at[email protected] from Microsoft on March 16, Trek to Yomi once again stood out for its singular art direction. Edited by Devolver Digital, edited by Leonard Menchiarithis game ofaction-adventure set in feudal japan of Flying Wild Hog (Shadow Warrior, Evil West), all in black and white, is indeed greatly inspired by Akira Kurosawa movies and did not leave us indifferent. So we weren’t going to turn down the chance to try it in preview while waiting for its release Spring 2022 on PC, PS5, PS4, Xbox One, Xbox Series and in the subscription Game Pass.

Beyond life and death 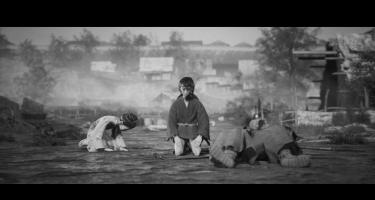 In the middle of a burning village, Hiroki reminisces about his childhood. While he trained with his master, he was called urgently and interrupted for the first time the session with his young disciple by refusing that this one follow him. But Aiko, the sensei’s daughter, thinks something bad is going on and pushes Hiroki to disobey. Together, they go in pursuit of the old samurai. They will find that their village is actually attacked and Hiroki will then make his baptism of blood, seeking to join his master to lend him a hand. But the latter will not survive this assault, making his apprentice swear to forever protect his daughter, the village and its inhabitants, even beyond death.

In ancient Japanese Shinto mythology, Yomi is the world of the dead. 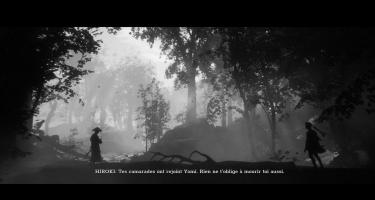 We only had access to first two chapters adventure, but it may well be, given his words and the title of the game, that there is a supernatural dimension who awaits us. Indeed, in the Shinto mythology of ancient Japan, Yomi is the world of the dead. Various artifacts are also collectible and each refers to Japanese culture, as sometimes specifically to this universe beyond life and to divine spirits (kamis). Finding these collectibles will often require stray from the well-trodden path that you must follow, sometimes by moving objects to create a passage for you. They can even be in more or less well hidden areas which you will have to discover by exploring the surroundings a little. At the same time, you will get your hands on items for improve your health and stamina, two essential elements to which we will return a little later. It is therefore advisable to search well: the objects to be recovered, such as the other possible interactions with the scenery or the NPCs, being indicated by flashing light symbols.

A film in Super 8 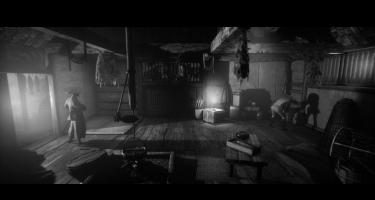 As said before, Trek to Yomi first marks by its artistic direction. Completely in black and whiteit gives us a view in isometric 3D where one fights on a horizontal plan but where displacements can be made in depth. The different camera planes used allow a majestic staging with beautiful paintings at stake. Beyond black and white, the image also has a certain grain, even a certain blur and is similar to the rendering ofan old film on film, with the flaws of the band that go with it. Some may say that this is a cover-up, and perhaps it is indeed a means of hiding weaknesses, but regardless, the result is there and the magic works spectacularly. The graphic leg is really successful, only the faces remain debatable when one approaches a little too much. Corn the universe is alive, whether in villages, countryside, forests, caves, or even on rooftops. The title also benefits fromsuccessful light and shadow effects (there is even a fight in Chinese shadows), just like the rendering of water, rain, lightning, rising dust, leaves flying in the wind…

The different camera shots used allow for a majestic staging. 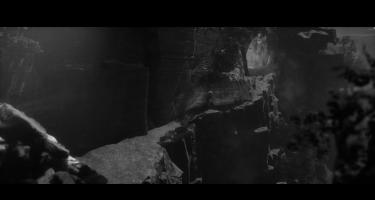 So, of course, not everything is perfect, there is some erratic movements characters that the game engine has trouble positioning, but that’s pretty rare. And Aiko could be blamed for not following correctly, while continuing to talk to us, only to suddenly reappear. Its presence is also not really managed since thewe can go through. Finally, still in the register of reproaches, pushing the carts or the trees seemed to us a bit long, like this laborious crossing along a cornice. For the rest, it’s all good. The animations are neat, the soundtrack follows without worries with in particular the presence of a minimalist traditional Japanese music of the most beautiful effect. The NPCs, with whom you can sometimes chat or from whom you can obtain rewards, talk to each other and it is interesting to listen to them to expand the lore. Note here that, for better immersion, the dubbing is entirely in Japanese with French subtitles, with a renowned cast of actors having already worked in the world of video games, as Akio Otsuka (Ghost of Tsushima, Metal Gear Solid), Masayuki Katou (Naruto: Shippuden, Street Fighter 5) or Sarah Emi Bridcutt (Fire Emblem: Free House, KOF 15). And the result is indeed there.

A game for the most enduring 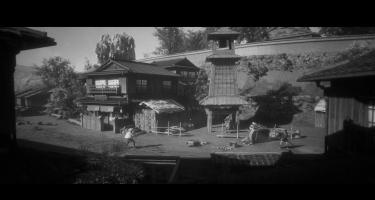 Outside of environmental traps which make it possible to escape certain confrontations and ranged attacks (we were entitled to Bo Shurikens), it is especially at the

that you will have to face the enemies. We advise you to approach the game controller in hand, even on PC, because it was clearly designed in this sense with, of course, vibrations in reinforcement. You typically haveweak and strong attackswith different combos on the program, from a dodging by rolling and the possibility to block or parry by reacting at the right moment (indicated by a glow on the enemy’s weapon). In the latter case, the opponent is somewhat destabilized and you can take advantage of this to counterattack with increased damage, unless you prefer to use this short time to recover. The confrontations are in fact based not only on respect for a good timingbut also on the stamina management. And it’s effective. If you constantly attack, dodge or block, you will quickly deplete your stamina and find yourself in a state of fatigue. You will then only be able to parry the blows and perform simple and slow attacks interrupting your recovery. Suffice to say that you will be more vulnerable. But if you manage to finish an opponent despite everything, you will then recover part of your stamina. Likewise, by stunning your target before dealing a final blow, based on throat slicing or decapitation with blood spurts for example, you can regain some health. While stamina regenerates over time, health doesn’t, and you don’t have a healing flask.

The clashes are based on respecting good timing and managing stamina. 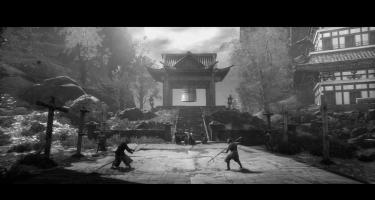 To replenish your health and stamina, as well as to save your progress, you must use shrines who are on your way. But these cannot be used only once, no need to turn around to enjoy it again after a fight. And while the number of actions or attacks you can perform depends on your stamina, the number of hits you can take depends on your health. These can be more or less substantial depending on the difficulty mode that you have retained and which also influences the damage you inflict. There are in fact 4 of which only 3 were available in this build. In trouble Kabukiyou can focus on the story, you don’t risk much and can go for it without worrying too much. This allowed us to go through the two chapters at lightning speed. In fashion Bushidowe need to be more wary of fighting, and we had to do it several times on certain passages. In fashion RoninHowever, it is at each meeting that you have to be attentive. The right to make mistakes is more than limited and we are dealing here with a real challenge. This is also when we better understood the frequency of shrines. As for the mode Kenseiwe can’t wait to see what he has in store for us, since he was not accessible, but for sure it will make us sweat. 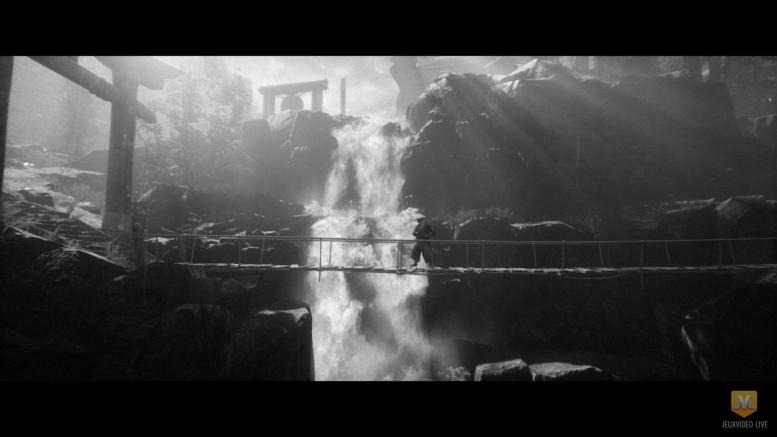