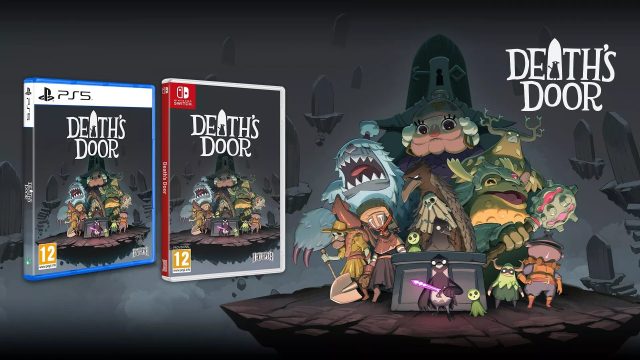 Devolver and Just For Games announce that two versions, a Standard and an Ultimate, will be released at the end of the year for Death’s Door on PS5 and Switch.

The fantasy action-adventure game that caught our eye, Death’s Door, won over critics and gamers when it released in 2021 on PC and consoles. Devolver Digital and Acid Nerve thus announce an arrival in physical version, powered by Just for Games, on PS5 and Switch on October 7, 2022.

In addition to the standard versions of the game, a Ultimate Edition is provided with the OST in CD format, an artbook and a collector’s box, as you can see in the image below, which forgets to mention the 19/20 awarded to the game by VGR. 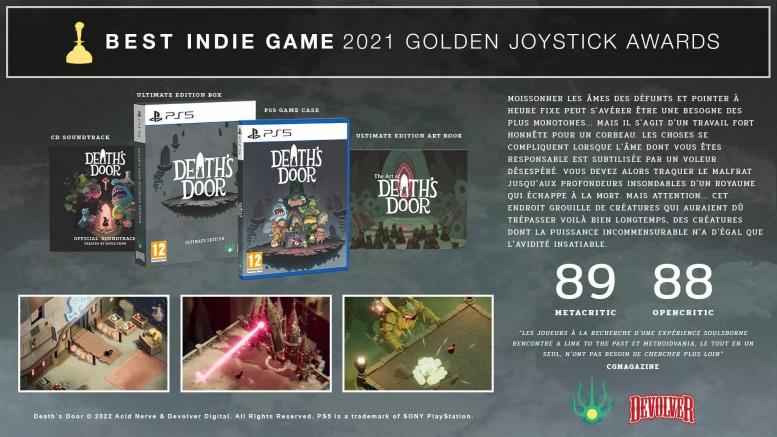