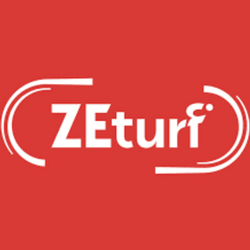 Created in 1976, the Française des Jeux (FDJ) is mainly specialized in lotteries, scratch cards and sports betting. For the moment, it is not yet active in the field of horse betting and online poker.

Its current strategy is to remedy this situation.

This is precisely the reason why it is taking a close interest in ZEturf at the moment. It has recently announced that it has entered into exclusive negotiations with a view to acquiring it.

The French gaming market in a few figures

This report also informs us that the gross gaming revenue in the field of poker has increased by 64% between 2019 and 2020, while the overall French market has fallen from 11.1 billion euros to 10.3 billion.

At the moment, the FDJ is looking to diversify its activities. It is therefore very interested in poker and horse betting, which are very popular with players. It is precisely in order to establish itself in the horse racing market that it has entered into exclusive negotiations to buy out ZEturf.

This brand was created in 2001. It is also present in the Netherlands, Belgium and Spain and is active in the horse betting sector. In 2021, it has collected nearly 800 million euros in bets. In France, it is the second largest operator with a market share of about 20%.

An acquisition that should further strengthen FDJ’s positions

Originally, FDJ was 72% owned by the French state. In 2018, the government decided to open its capital. This was done in November 2019 with the sale of shares that correspond to 52% of the capital.

In the first 6 months of 2022, the lotteries reported a turnover of 946 million euros, which corresponds to an increase of 17%. If its acquisition of ZEturf becomes effective, its positions should be further strengthened. This is confirmed by the recent rise in its share price.