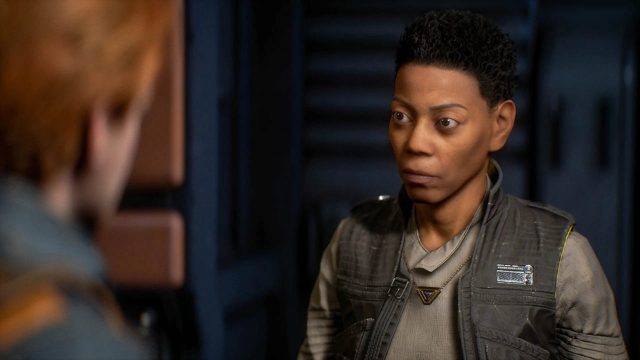 A former Respawn artist, who worked on Star Wars Jedi: Fallen Order, is attacking the video game industry, which she considers quite racist and misogynistic.

While Star Wars Jedi: Fallen Order 2 will be unveiled very soon and we should finally know its link with the Obi Wan series or its game media, it is on the side of Respawn’s first opus that information has been revealed on Twitter. Indeed, on the social network, Nora Shramek, lightning artist of the first episode, returned to the creative process of Cal Kestis.

If the world knows the protagonist of the game under the trains of Cameron Monaghan (the Joker from the Gotham series), the facial capture could have been totally different. Nora explains that the character “could have been black and/or a woman”. But voices were raised against.

The worst thing i heard was when someone (not gonna give any info here) said ‘I think all the black people need to have more glossy skin because black people have more oily skin than other people’ dead shock on everyone’s face. Looks at me. ‘Right Nora?’ Me ‘WTF is wrong w/u?’

When I worked on SW:JFO, a lot of developers wanted and advocated for the main character to be black and/or female. Reasons for NO: We already have two blacks in the game. Rey is a woman and we can’t do that. Guess what the demographics of the people making those decisions looked like?

But no, big industry is not systematically racist, misogynistic or homophobic (sarcasm).

Beyond a creative backstage, it is therefore a formal attack on the part of this artist who now works at 31st union, passed by Riot, Respawn, Unity or even Insomniac Games. More than the studio, it is the decision-makers that she is targeting in these remarks. Attacks that we have already heard in the mouth of the creator of Rivet, after his departure from Insomniac.

I do NOT blame EA, Disney, etc. I say that individuals have power in the process. If these individuals have massive privilege and the nature of their life experience shields them from the bigger picture, that means they need to be more intentional in their choices.

Following these posts, the artist returned messages asking people not to harass her in comments and blocked replies under her thread. “I felt it was necessary to point out systemic issues and gave my personal experience of an event. I stick to my experience,” she concludes.