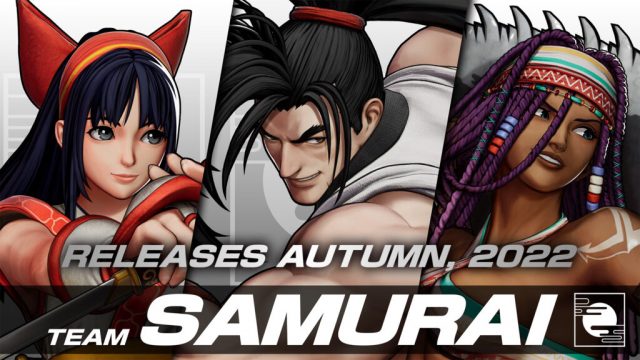 SNK’s game released in early 2022 hints at the arrival of new characters, including a team from Samurai Shodown.

The August 8thTeam Orochi Awakened has made itself available to the King of Fighters 15 community.

So these were the first arrival of Team Pass 2. And the ones that will follow soon are from another SNK license: Samurai Shodown. Scheduled for this fallwithout precise date for the moment, they are Haohmaru, Nakoruru, and Darli Dagger which will come in their turn to be proposed in DLC.

In addition to this announcement, SNK also had a word about the season 2 that awaits the game. It will start in 2023 and will count among other things on the addition of crossplay as well as the arrival of two fighters to start it: Shingo Yabuki and Kim Kaphwan. If the first one is directly coming from The King of Fighters series, having notably made his first appearance in ’97the other one comes from another franchise whose return is already scheduled: Fatal Fury.

The King of Fighters 15 is available since February on PS5, PS4, Xbox Series and PC.