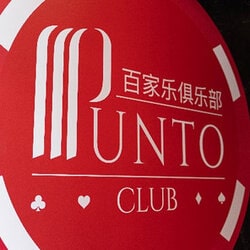 Recently, there was a change at the head of the Punto Club. A certain Richard Frischer has become the new president.

The man who is also in charge of the Casino de Forges-les-Eaux wants to revitalize the famous gaming room of the Partouche group in Paris by creating synergies with its Norman establishment in Seine-Maritime.

Through this article, we will discuss the new strategy of the Punto Club of the Partouche group.

Establishing a bridge with the Casino de Forges-les-Eaux

Richard Frischer does not seem to lack ambition. Indeed, since he was appointed head of the Punto Club, he has given a new dynamic to the Parisian gaming room. His goal is to boost attendance by establishing a bridge with the Casino de Forges-les-Eaux.

Belonging to the Partouche group since 1986, it has long been in the top 20 of France’s leading establishments in terms of turnover. It remains the closest complex of its kind to the capital.

As a result, it welcomes many inhabitants of the Paris region every weekend thanks to its game library which includes more than 230 slot machines and a dozen tables dedicated to traditional games.

Richard Frischer wanted to create a gateway for these customers to discover the Punto Club in order to energize it and give it a soul.

Focus on the fundamentals and offer blackjack

At present, there are no less than 4 gaming clubs on the Champs-Elysées: Club Pierre Charron, Club Barrière, Paris Elysées Club and Punto Club. The competition is therefore extremely tough. That’s why Richard Frischer wants to highlight the advantages of his complex.

Since it is the smallest room, one can count on a certain tranquility and confidentiality. In addition, the Punto Club does not charge an entrance fee.

To attract and retain players, the new owner wants to focus on the fundamentals such as the Partouche welcome and service. He will also make some changes to the game library available to customers. Indeed, as of Wednesday, November 9, the Parisian clubs can offer four new games: blackjack, craps, sic bo and bingo.

Soon, the Punto Club will start offering blackjack, which should allow it to welcome new players.

Created during the year 2020 after the takeover of Club Berri by the Partouche group, the Punto Club covers a small area of only 300 m². In this cozy place with thick carpeting and dimmed lights, there are currently 4 traditional games.