During an online event held by Volition, we had the opportunity to see what the Saints Row reboot has in store. The least we can say is that it looks explosive.

Back to basics while remaining crazy 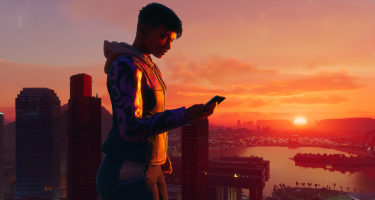 Over the course of the episodes, this license, which had started as an ersatz of GTA, ended in a farandole of anything, a rain of superpowers and a deluge of humor pee poop on a purple gang background . For this new part, Volition therefore preferred to operate a real reboot.

Farewell to megalopolises, cyborgs and the underworld. Welcome to Santo Ileso, a fantasy American-Mexican town where several inspirations mix (Mexico, Nevada, California, etc.). This XXL playground entirely in open world seems to reserve varied environments, ranging from the big city to the desert, passing through a kind of Las Vegas or even reliefs resembling the hills of Hollywood. Always very colorful and full of humor, the universe of this Saints Row is still close to reality and is far removed from the latest opuses. Here, the artistic direction opts rather for a mixture between realism and cartoon. 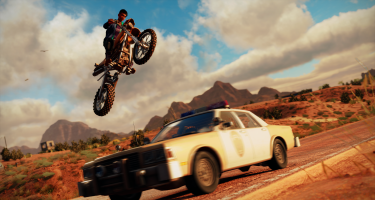 We therefore find more natural models, but also some roundness and deliberately smoothed textures, especially on the faces. At first glance, it offers an appreciable visual cachet that finds everything right in the middle and is also quite close to what the old GTAs offered. Moreover, the comparison will not stop there since if this Saints Row says to want to return to its sources, it seems in reality to find the beginnings of GTA-like. 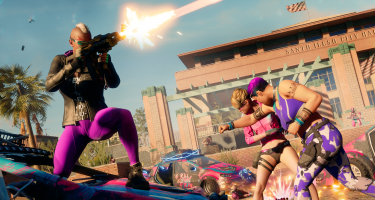 Where GTA (since GTA 4 and 5) approaches a realistic aspect (remaining a satire) Saints Row opts for parody and bets on a more “arcade” experience close to a GTA 3 or a Vice City, with decidedly laid-back gameplay and very similar situations that almost always end in a deluge of explosions and chases with the police. During the many minutes of gameplay that we were able to see, the title of Volition presented us with several of its missions and side activities. In the first place, the “main” missions were treated to real stagings that do not hesitate to draw from the big American blockbusterlike this scene where one of our colleagues comes to save us by throwing the four wheels of her car against a billboard to make it fall and create a springboard, something that we could very well have seen in a Fast & Furious for example.

Saints Row returns to its roots and intends to offer a devilishly fun and relaxed experience, with the good smell of blockbuster

The gameplay also seems to have taken a serious boost. It explodes everywhere, the shootouts follow each other at breakneck speed and you can fight hand-to-hand as well as in the car. 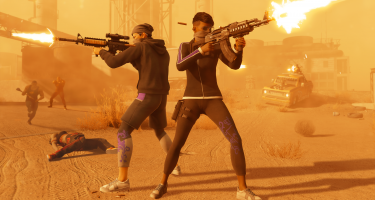 If the shooting phases are done in classic TPS, Saints Row also promises us a real melee combat systemwe will wait to see that once the pad is in hand, but however, we were able to see several punches / kicks from, with or without a weapon, finish moves as funny as they are effective and a lot of interactions with the decor (destructions, executions, etc.). One sequence in particular even reminded us of a certain Sleeping Dogs when it came to unarmed combat. So it looks promising from that point of view. We will nevertheless remain on our reserve concerning the sensations of driving and the famous “vehicle combat”. 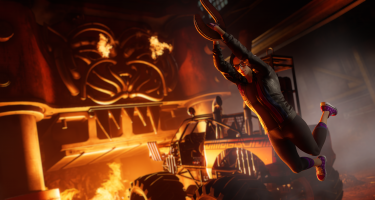 According to Volition, we will have tools allowing us to hit with our racing car and attack other machines. From what we have seen, it really boils down to swinging our car violently against our pursuerswith a camera a bit too far away to really enjoy real sensations, But that’s about all. On the other hand, the developers showed us two/three mechanics that seem rather fun, ideal for spicing up the chase phases, such as the possibility of projecting from the vehicle to hover in the air using a wingsuit then stealing a new car, or even the act of to be able to get out of the cabin to get on the roof by shooting at our attackers (by the way, if an NPC accompanies us at this time, he will take over and drive for you). A touch to the Just Cause that seems dynamic, fun and really effective.

Rarely have we had the opportunity to see such extensive customization

There are plenty of things to do in Ileso 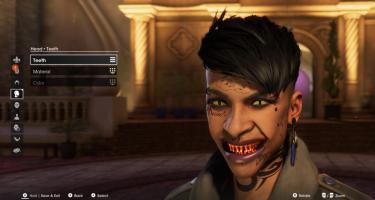 If we will wait to have the final game in our hands to talk about diversity in the missions, However, Volition announces a lot of additional activities with a whole bunch of rewards.. As a gang leader, we can for example set up several businesses throughout the city. Via a world map, you can choose locations to buy and have dozens of different buildings built there to engage in various activities or trafficking (drugs, car theft, and even more legit shops such as a shooting range for example) . In addition to earning money, these investments will also allow you to participate in specific activities, and unlock rewards exclusive to each of them. Moreover, many other iconic activities will return, such as “Chaos”, which asks us to do maximum damage in the environment in a limited time.

READ :   Tim Schafer gives his opinion on a film adaptation of Psychonauts

Obviously, the developers also told us that the open world will be full of things to do and useful buildings, including many, many shops to customize our avatar, our weapons and our cars.

Saints Row seems to have found its way

Custom from every angle 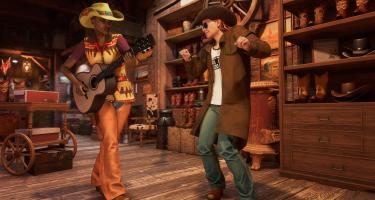 This is one of the other important aspects of this new Saints Row: customization. We’re not going to lie to you, rarely have we had the opportunity to see such extensive customization. The character creator seems ultra complete and will allow us to create all kinds of craziness, from the super classy character, to the completely crazy avatar. It will also be possible to save several heroes and change them on the fly. Same story on the side of the weapons which, in addition to being able to take advantage of a whole bunch of accessories, can be fully customized from the trigger to the stock to the barrel. You can add your own sprays or unlock in-game visuals. The cars are not left out and can count on a real tuning program allowing us to change both the bodywork and the paintwork, and even add gadgets like nitro boosts for example. Of course, as a gang leader, we will have the right to our own HQ, here too, fully customizable, which can be improved to offer a whole host of services. Very clearly, from this point of view, Saints Row promises to be totally successful and very complete.

READ :   In three weeks, Abandoned will have abandoned us (again)

Icing on the cake, and we were waiting for the end of this preview to talk about it, Saints Row will be fully playable in co-op. At any time, a friend can join you and the latter will also keep all his progress which he can then bring back to his own game. A welcome addition especially as it is rather rare for the genre.