Tiny Tina’s Wonderlands is barely out that it already has its first “Coiled Captors” DLC with bosses and loot galore.

Available since March 25, 2022the shooter-looter Tiny Tina’s Wonderlands is already preparing the arrival of an extension, the first of a long series. 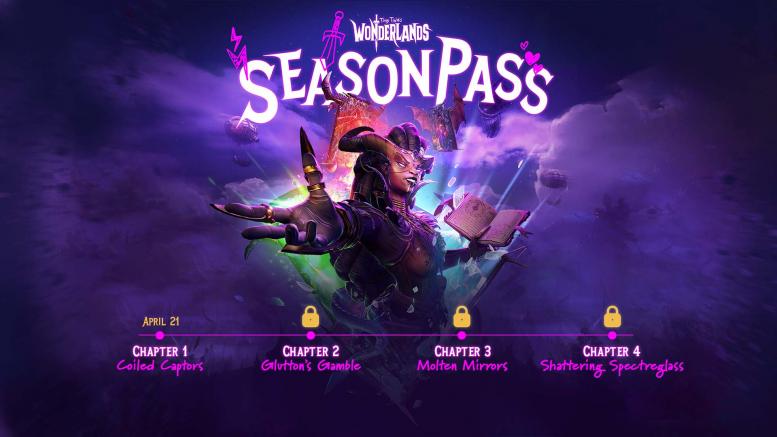 Bosses, weapons and loot for the Chamber of Chaos

If we knew that Gearbox was preparing DLC ​​to expand its Season Pass and guarantee post-launch content for Tiny Tina’s Wonderlands, we had no idea that the first draft was going to land so quickly.Entitled “Coiled Captors”, this DLC will be available from April 21, 2022 on PS5, Xbox Series, PC, PS4 and Xbox One.

Less than a month after the game’s release, Tiny Tina’s Wonderlands is already expanding its end game content, the Chamber of Chaos, and welcoming new new enemies, bosses, cosmetics and of course, new weapons.

“Coiled Captors” will be succeeded by 3 other paid DLCs whose dates are still not revealedbut at the speed it is going, we can expect to have news in a few weeks / months.

By the way, we promise, our test will arrive soon. Just give us time to pile up enough corpses and pile up enough loot and we’ll give you our opinion.