A few days before its release, GhostWire: Tokyo let itself be approached once again, with the difference that this time we had the pad directly in our hands for several hours. A quick overview of what the first two chapters of the software have to offer, which represents around 6 hours of play with us. 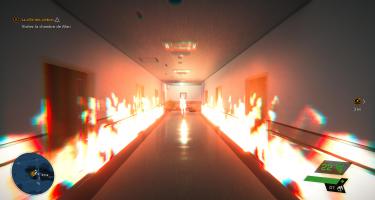 From the start, GhostWire: Tokyo imposes its atmosphere and its universe. Our future hero, Akito, is on the ground in the middle of a completely deserted Shibuya, or almost. Awakened by an entity, KK, which suddenly takes us as a receptacle by transmitting its supernatural powers to us, we find ourselves spectators of an ultimate massacre perpetrated by a strange fog coming to mow down the few survivors. We barely have time to breathe when a pair of creatures, like Slenderman with an umbrella, attack us. The opportunity to get your hands dirty with our new gifts.

In less time than it takes to say it, GhostWire puts us in the bath, forces us to do so, and directly dumps several protagonists and antagonists as they are, without giving any information. We are therefore forced to move forward and it is only later that we will understand the issues. Tokyo is the victim of an unprecedented attack that has disintegrated the population, leaving only an army of creatures, all from Japanese folklore or urban legends. At their head, a masked character who speaks of great demonic plans and salvation by jabbering things that we do not understand, for the moment.

Classic in form, but truly sincere in substance

It is in this setting, with realistic and greyish photography, that we are dropped, having for goal only to follow the first mission that our hero gives himself, to join his sister resident of a local hospital. 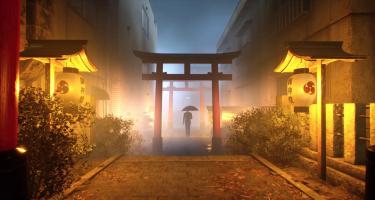 GhostWire: Tokyo Sets Its Frame in One of Japan’s Biggest Citieswhich he transcribes to perfection (at least from the point of view of a Westerner who has only traveled in Japan using Google Maps to corroborate what he is writing). We will only discover it after a long sequence of marked tutorials, but the game is actually an urban open world.. We will therefore be able to wander as we please in streets that cry out for truth and let ourselves be caught up in this atmosphere that is both mysterious and particularly heavy.

Tokyo is empty. Aside from pets and spirits (good and bad), there is no one and a heavy silence hangs over the metropolis, only broken by a few ghostly rattles or a handful of advertisements looping in shopping malls. It’s as confusing as it is fascinating. 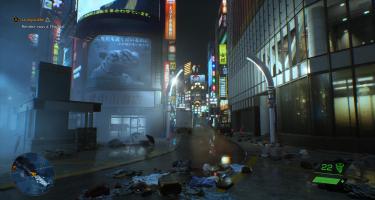 The game also relies on really solid sound design and grainy, almost dirty photography that tortures the realistically leaning graphics. We are in the middle of a Japanese horror movie, at least that’s what we think at first but it’s not totally true. Difficult to say in just 6 hours of play, but GhostWire: Tokyo gave us a glimpse of pretty scary sequences and above all very well staged, with a sequence of surprising and very graphic supernatural events, in the vein of what The Evil Within offered. The environment is capable of abruptly changing and objects can suddenly come to life and become deformed. Sometimes it’s even the whole of reality that twists in a maze of colors or, on the contrary, in a thick ebony black ink. In all cases, the little we saw pleased us and even gave us a couple of cold sweats.
Even in town you are not safe, even if you play verticality by using your “grab”. Danger and supernatural forces are everywhere, and yet you will feel quite alone in this totally empty Tokyo.

GhostWire: Tokyo has us pretty much won over 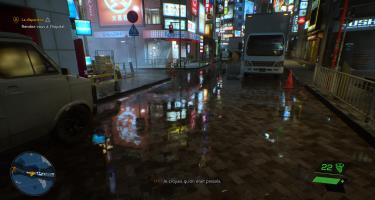 Besides the main frame, Tokyo is full of side quests. If we refrain from making a judgment as to their variety (we will wait for the final test for that), the ones we were able to undertake during our session were quite interesting and above all offered useful rewards. As a survivor of a supernatural apocalypse, possessed by an entity granting us paranormal powers and psychic senses, we had to investigate various disturbing cases, punctuated by phases of research and/or fights. We have a wide range of tools at our disposal (others are unlocked as we progress) allowing us, for example, to use a sixth sense to detect the presence of spirits, dark magic or any other invisible thing. We can also use it to interact with a whole bunch of supernatural things, objects or entities. The result is additional business based on exorcism, purification of places or even the elimination of ghosts and malevolent spirits. The mayonnaise takes quickly, except when we have to lug around several buildings, forcing us to get used to a black fade transition, as seen during our last preview. They are short, but very present and break the atmosphere a bit. 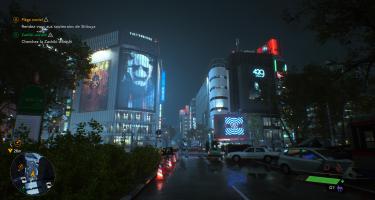 Apart from the side quests, the open world is full of things to find, lots of souls to recover and then free them and exchange them for experience (useful for our leveling up) and lots of collectibles to boost our statistics along the way . Moreover, this is indeed a rather successful point of GhostWire: Tokyo, since all collectibles are useful. Either they reinforce our statistics directly, or they help us to collect experience thus allowing us to increase our skills.

READ :   Our opinion on the film Uncharted by Ruben Fleischer

These are indeed distributed in several trees, in which it is possible to spend skill points (obtained via collectibles, leveling up, etc.) in order to improve our powers. And, if so far we haven’t talked about our supernatural gifts, it’s because we don’t have many in the first chapters (and we have to keep a few secrets for the final test , no?). During his 6 hours, we simply got our hands on 3 powers that our hero uses to fight. Divided into elements, each power can be easily assimilated to the weapons found in most FPS, especially since GhostWire: Tokyo is played in subjective view.

GhostWire: Tokyo gave us a glimpse of pretty scary sequences and above all very well staged 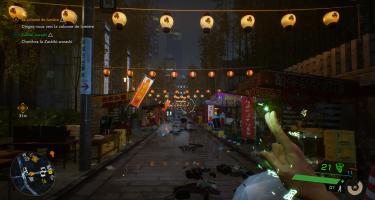 Thus the power of the Wind acts a bit like a gun and a main weapon at a high rate and with good precision. Fire, on the other hand, is a powerful element capable of shooting precisely and at long range like a sniper, but also to be charged to launch a high explosive fireball, like a grenade launcher. Finally, we were able to approach Water, a useful short-range feat that can hit multiple targets in a wide area. A physical weapon is also in the game, a fearsome and accurate bow that instantly kills most enemies with a headshot. When they have one, that is. We’re going to refrain from talking about the bestiary for the moment, since apart from Slendermans equipped with an umbrella, headless schoolgirls and a freaking weirdo with a pair of giant scissors, as well as a few variants of all these critters, we don’t have haven’t met many people yet. We will see that in the long term. In all cases, the monsters we have encountered all tell a story. They are the “physical” form of societal traumas and often come from urban legends or Japanese folklore. The finds are brilliant, the design is neat and their animations, sometimes fluid, sometimes sinisterly jerky, give them a real cachet, a real identity. It is only a pity that the fights lack a bit of pep, even ifthey are visually appealing and choreographed.

READ :   Dragon Age 4 is shaping up to be 'something amazing' according to BioWare

We also have to see several other points that we have not detailed here too much, such as the open world and in particular its ability to renew itself. Tokyo is a huge and very urban city, which leaves little room for the discovery of different environments. Moreover, for the little that we have seen so far, the structure of the exploration is very classic, with, for example, a map divided into sectors trapped in a deadly fog, which must always be freed from the same way, by purifying a sanctuary. We will not talk about redundancy here since, as we will see in the test, the mechanics are skillfully merged with the lore and everything seems coherent and organic, but Ultimately, it remains to be seen whether the sauce will take just as much.