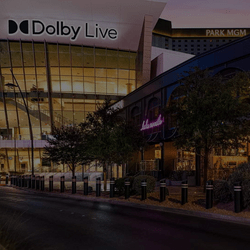 The Las Vegas Strip hotel-casinos are used to attracting some of the most important international music stars to their showrooms.

For example, guitarist Carlos Santana is currently performing at the Mandalay Bay Resort and Casino (see article below). As for the British singer Adele, she will give a series of concerts at Caesars Palace from November 18.

While Lady Gaga’s world tour called Chromatica Ball has just ended, The Sun newspaper claims that the pop diva is in talks to resume her residency at the Dolby Live venue at the MGM Park.

A residency that would alternate Chromatica Ball and Jazz & Piano shows

Between 2018 and May 2022, Lady Gaga held a successful residency in Las Vegas. Indeed, this one brought in no less than $78 million and got nothing but praise from critics.

It included 2 different types of concerts. On the one hand, Enigma included his greatest hits. On the other hand, Jazz & Piano alternated covers of the great American songbook and unplugged versions of the singer’s main hits.

According to information from the tabloid The Sun, if a new Lady Gaga residency at the Park MGM’s Dolby Live is soon made official, it would no longer contain the Enigma show. Instead, she would alternate the shows Chromatica Ball and Jazz & Piano.

Katy Perry’s Play residency at Resorts World ends on October 22, 2022, and Britney Spears’ residency at Park MGM still seems to be at a standstill for an indefinite period since 2018. As a result, this leaves a lot of room for negotiation for Lady Gaga, although it should be remembered that her previous contract was the most lucrative ever for such a concert series in Las Vegas.

The singer would have received one million dollars per show for each of her 74 performances. This is more than double what Celine Dion or Britney Spears received. At that price, the average ticket price had to be $200 for the show to be profitable. Of course, lower prices were charged since some VIP seats reached up to $6,000.

READ :   On Air Entertainment's Eclipse Blackjack to be released October 11, 2022

Lady Gaga’s health problems would no longer be a problem

Born on March 28, 1986 in New York, Lady Gaga (real name Stefani Germanotta) is 36 years old. During 2014, she had already sold more than 30 million albums and 150 million singles, while winning no less than 13 Grammy Awars and 18 MTV Video Music Awards among others.

Unfortunately, she suffered from fibromyalgia, which causes widespread musculoskeletal pain and fatigue. As a result, she was not sure if she would be able to perform on stage again in Las Vegas. However, it seems that her Chromatica Ball world tour has helped her to rebuild. She seems to be ready to make her return to Dolby Live at Park MGM soon.