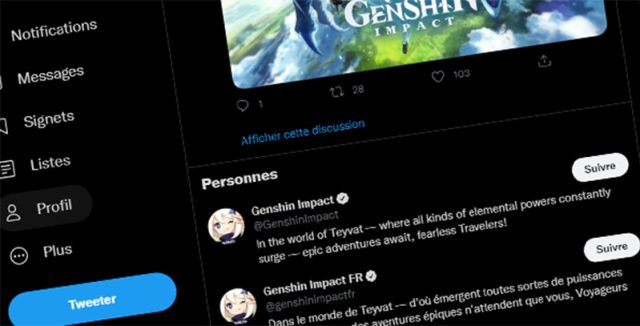 Genshin Impact, one of the most profitable mobile RPGs of all time, is directly at the top of the most discussed gaming topics of the year, ahead of Minecraft, Fortnite or Animal Crossing.

It is a barometer like any other to indicate the popularity of a game in 2021. The microblogging site Twitter unveiled its list of 10 most discussed titles, via message, twitter or mentions on his network last year. And it is the mobile RPG, consoles and PC to the undisputed success Genshin Impact which comes out victorious. 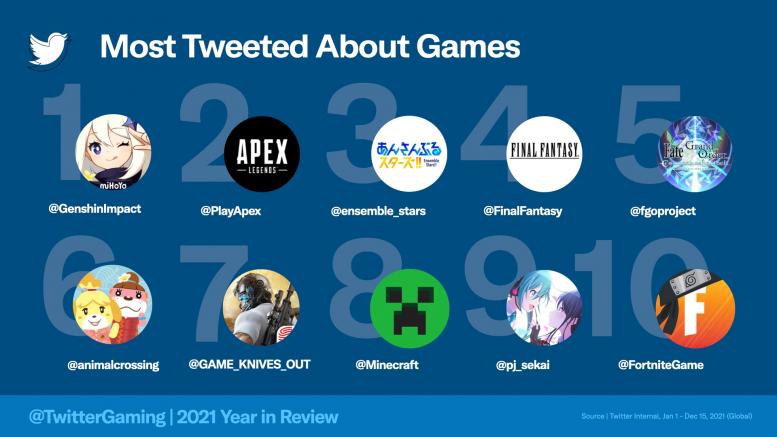 MiHoYo’s game is one of the few at the moment that can boast of generate 150 million dollars in one week, a performance he did in early September. According to estimates, in his first year, he would have reached a profitability between $ 2.5 billion and $ 3.5 billion, making it the fastest-grossing game in history.

READ :   Sony would prepare new headsets and gaming screens for PS5 and PC

Twitter specifies that in 2021, more than 2.4 billion tweets concerned gaming, i.e. 14% more over one year and 10 times more than in 2017. The France is for its part a nation of video games since it finds itself in the top 10 countries which send the most messages relating to video games. Finally Yes the 3 remains the gaming event which was the most discussed, we note the presence of only one event organized by a manufacturer, the Xbox Games Showcase. 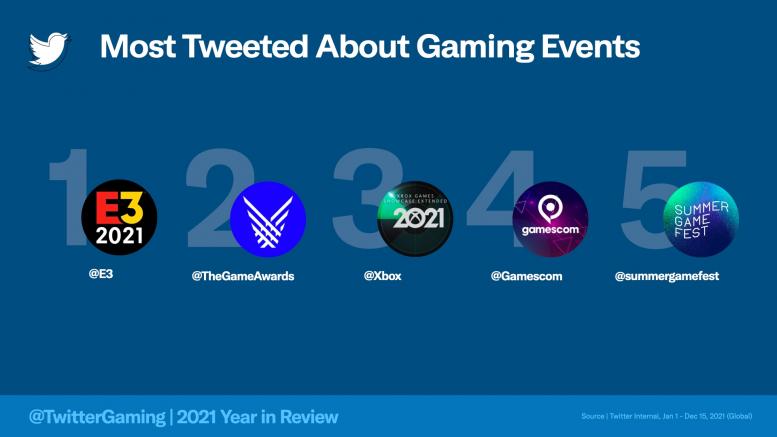 You can find the list of the most tweeted creators, esport teams or leagues on this link.