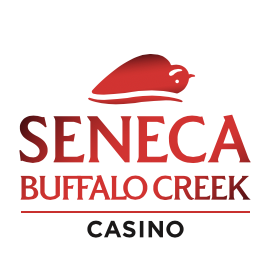 In order to win at black jack, some dishonest players do not hesitate to favour cheating over the use of an effective strategy such as card counting for example.

Many such cases require the complicity of a casino employee. Today’s news reminds us of this once again.

It concerns a dealer at the Seneca Buffalo Creek Casino in New York State and 2 players who allegedly cheated together on a traditional blackjack table.

Cards revealed by dealer to help players choose their options

So in this unfortunate case, there are 3 defendants. The dealer’s name is Emily M. Torres. She is 20 years old and lives in Lackawanna near Buffalo. The two players each reside in the latter city of New York State. Mark M. Watson is 28 years old and Rahat Hossain is 34 years old.

On Monday, August 15, they were all sitting around the same blackjack table. In a game session that lasted about two and a half hours, Mark M. Watson won $5,287.50 and Rahat Hossain $2,210. However, this nice performance was only made possible with the illegal help of the dealer. The dealer showed the two players some cards before they chose their game options.

That’s what the security guards at Seneca Buffalo Creek Casino said they discovered after reviewing the surveillance tapes when they notified the police.

Cheating over $1,000 is considered a crime

On Tuesday August 16, 2022, the day after the facts, 2 of the accused were arrested. Emily M. Torres was stopped on her way to work. Then, law enforcement got a hold of Mark M. Watson when he returned to gamble at the gaming establishment a few hours later. Rahat Hossain took longer to find. In fact, it wasn’t until Sunday, August 21, that police finally arrested him at the notorious complex.

By law, casino cheating under $1,000 is considered a misdemeanor. Unfortunately, for our trio, the amounts involved in this case are a bit higher. They are therefore charged with first degree gambling fraud, which is a class E felony.

Although he was arrested last, it was Rahat Hossain who was the first to appear in Buffalo Municipal Court. He decided to plead not guilty in this case. Emily M. Torres and Mark M. Watson are still awaiting arraignment, which is scheduled for Thursday, September 8.

READ :   Macau: casinos remain open despite the spread of Covid-19

At the time of their arrest, the two gamblers returned the full amount of money they allegedly extorted from the casino. The operator Seneca Gaming Corp., which runs the establishment, has already decided to ban the 3 accused permanently from all their resorts.