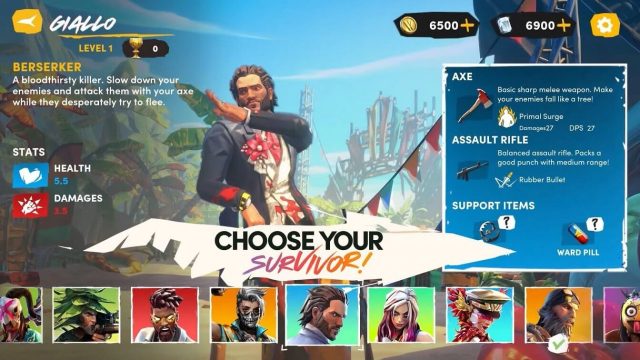 A presentation video of this new title has been discovered on the Internet. The game seems to have already launched in several regions, probably only on mobiles.

Ubisoft released a presentation video of its new game Wild Arena Survivors on Youtubeenough to discover a new Battle Royale-like game unannounced and which would seem planned only on mobile. The video in question was posted on the Ubisoft Paris Mobile Youtube channel but was not public.

The software visibly brings together players stranded on a desert island and who can loot the area to update their weapons in a PvPvE fight. Each character seems to have a different fighting style, skills and support items.

According to information posted online, 40 heroes are available in 10-minute encounters. Several game modes are also available including a solo mode and a trio mode. Apparently, some regions of the world can already download the game, not available in France for the moment. The info was discovered as several users posted gameplay online on May 12.

READ :   Did Rockstar hide a clue about GTA 6 in real life? News @VGR

If the game seems only planned for smartphones, Ubisoft should still water the world with new Battle Royale soonwith Project Q, Pathfinder and other rumored projects.