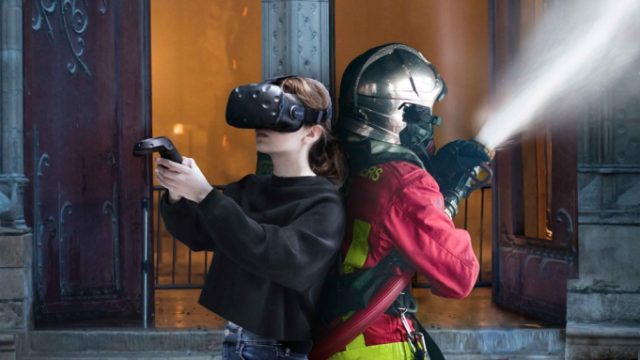 In addition to the IMAX film scheduled for cinemas next March, a VR escape game on the Notre-Dame de Paris fire will be produced by Ubisoft. You will embody a firefighter who must save the cathedral.

Everyone remembers the fire at Notre-Dame Cathedral in Paris in 2019. Ubisoft wants you to relive the event that went around the planet via a VR escape game in partnership with Pathé and the famous director Jean-Jacques Annaud, behind the new film Notre Dame is burning scheduled for 2022.

The docu-fiction will be released on March 16 at the cinema in IMAX and its video game counterpart will allow players to directly take on the role of one of the Paris firefighters, in hour-long “on-site” events in the form of an escape game.

“Like in an escape game, it’s about puzzles and cooperation with your teammates, Explain Deborah Papiernik, Vice President of Ubisoft. The idea is to fight your way through the cathedral to find relics and fight the fire, because you have to save Notre-Dame“.

Note that the game will not be a transcription of the film in VR but a separate production with a different point of view, based on the screenplay of Annaud’s film. As a reminder, Ubisoft had already produces the VR title Notre Dame de Paris: Journey back in time, a virtual visit through time, a few months after the fire. The complete models of the building came from Assassin’s Creed Unity.