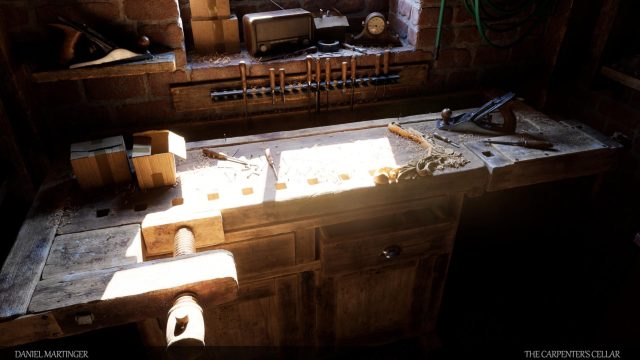 A 3D artist has played with Epic’s game engine for the first time. Result: a photorealistic rendering that proves that the Unreal Engine 5 is impressive.

This is the technical battle between Unity and Unreal. The UE5 had drawn the first by offering crazy videos of its new technology, announcing a revolution for the video games of the future. The whole thing gave rise to the demo of The Matrix Awakens on PS5 or even that of The Coalition on Xbox Series.

Since, Unity impressed by showing off its AI-related technology and character creation in stunningly realistic video, echoing Epic’s MetaHuman Creator. UE5 returns today with a new tech demo, this time from an independent developer.

It’s almost hard to believe that this is indeed a computer generated video (in 4K) the rendering, the light, the shadows and the textures are so faithful to reality. The work is short but signed Daniel Martinger, a 3D artist who recreated a carpenter’s workshop under UE5.

My goal was to explore Unreal Engine 5. I had never used Unreal before, so it was really nice to get to know the engine and explore its power. This project is rendered in Unreal Engine 5 Preview, using Pathtracing. Current Lumen version for comparison.

For those who are interested he also gave the specs of his computer to create this rendering, with a RTX 3090, an AMD Ryzen 9 5950X 16 cores and 64GB of G.Skill RAM in DDR4. The most impressive remains the work on the textures, the man declaring not to have used a photo to create the atmospheres.

I created everything from scratch, no photos or scans were used, except for the rusty metal texture of the wall and the texture of the floor, which came from Quixel. I used Zbrush, Substance Painter and Maya for the assets and tiling textures.

When we know the number of developers and games that have announced that they are using the new version of the engine for their next creations (but not Hogwarts Legacy), we can say that the sector has bright days ahead. Can’t wait for the next Mass Effect or a new Silent Hill (I love humor!)