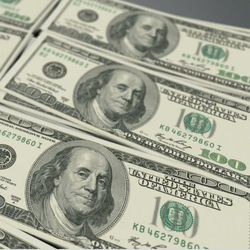 Giant in the hotel-restaurant and land-based casino sector, the Hard Rock International group recently announced an excellent initiative to support its employees. Indeed, it has set aside no less than 100 million dollars in order to offer an important salary increase to a total of 10,000 of its workers.

The objective is to help them make ends meet in these difficult times marked by a sharp increase in inflation.

It should also be noted that this initiative is primarily for the group’s American employees.

To retain employees and attract new ones

Since the international Covid-19 coronavirus pandemic prompted governments in many countries around the world to temporarily close certain public places, entire industries have been experiencing difficulties in recruiting. This is particularly true of the hotel and restaurant industry and land-based casinos in the United States.

The Hard Rock International group’s initiative does not therefore appear to be simply altruistic. Indeed, it was also conceived with a view to trying to retain talented employees and attract new ones.

To allow some of its employees to face the current economic difficulties, including the galloping inflation, the Hard Rock International group has decided to increase their wages. They will now be paid between 18 and 21 dollars per hour more. This allows the workers to see their salaries increase by no less than 60%!

This initiative is mainly set up to help professions that depend on tips, which are in sharp decline at the moment. This includes waiters, receptionists and especially croupiers who manage the tables dedicated to traditional games, since part of the croupiers’ salaries come from tips.

Nevertheless, other professions are still affected by this salary increase, such as cooks, cashiers and security guards.

In total, more than 10,000 employees will now receive more at the end of the month, which is about half of Hard Rock International’s American workforce.

An initiative welcomed by the various unions

For once, the various unions have congratulated Hard Rock International for this initiative. Many have also described this salary increase as exemplary. They believe that this should give an excellent image of the group which does not hesitate to improve the working conditions of its employees when times are difficult. Thus, many candidates might want to turn to him.

Admittedly, this kind of initiative is becoming more and more paramount for hotel-casino operators in Nevada. David Schwartz (an expert on the history of gambling at the University of Las Vegas) believes that the changing economic landscape is increasingly forcing groups to adapt in an attempt to retain employees.

One of the best ways to retain workers or attract new ones in this area is to raise wages.