Returned to titles like The Room, I Expect you to Die and its sequel, but looking for a new puzzle/escape game to get your teeth into in VR? Oddboy and M-Theory, two New Zealand studios, may fill you with Wanderer. A clever and well-executed adventure on the subject of time travel, and a character’s ability to change the course of a story or in this case, History. But, you may leave some hair there, if you have any left (we are not targeting anyone or maybe…). here is our verdict after escaping thanks to the PlayStation VR version. 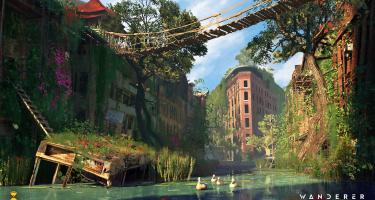 “Sometimes, the only way to move forward is to go back” It is with this pretty sentence that your expedition in Wanderer opens, in 1959, in a laboratory which acts as a tutorial to learn how to tame the controls. Not much to report here, in the absence of a joystick, the PS Move on the left allows you to strafer/forward and the one on the right to move backwards/turn in jerks (or more smoothly if you have set as such). And, since we are talking about it, we might as well get rid of the subject right away: know that there are usual settings (thumbnail, rotation by angle, teleportation…) for those who are too sensitive to the phenomenon of motion sickness, as well as two game modes (sitting or standing). What logically satisfy all profiles.

Once your legs are stretched and the movements in hand, you will sink into the lab until you find a walkie-talkie which, by a simple magic black screen, will send you to a post-apocalyptic Boston, symbol of an almost fallen humanity that lives. A very The Last of Us decor that immerses you from the start. From there, you will join a young stranger who will take you to your goal, the apartment of your grandfather, a former scientist who devoted his life to researching time travel.

This abandoned dwelling, nicknamed “Sanctuary“, is the central hub, where you will always come back. An ordinary place but ultimately more elaborate than it seems in its composition, skilfully mixing modern objects or elements (a door with facial and digital recognition) and older things (a skateboard, the very large ones). A direct reference to the concept of time travel, to the operations carried out by your grandpa. And hardly after having entered the pied-à-terre of your ancestor that you will be harassed by a voice, that of samuel. A talking watch that, if you take too long, will ring your ears (especially during the introduction). We wouldn’t have said no to a better dosage because that was slightly infuriating. willy-nilly, it will however be necessary to live with it because this tocante is the equivalent of the DeLorean of Doc and Marty McFly. 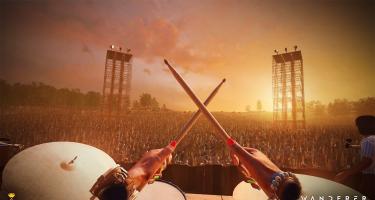 It is on this watch that the idea of ​​the game and its mechanics are based. It has in fact a dual role, starting with the fact of being able store objects inside that are much too large to normally fit inside. Imagine the bottomless bag of Mary Poppins or Joséphine Ange-Gardien (take the ref that suits you). But, unlike the young women’s shopping bag, your wristwatch is limited in space. First, one slot and then up to five, if you find enough blue crystals placed around the environments. These are then exchanged using a machine hidden in a room in the apartment. And to make it more fun, the developers have developed a mini-game where you have to make a ball cross from one end of a cylinder to the other. Nothing too complicated but quite nice.

The second feature is the centerpiece of your accessory – which you can also customize by picking up specific items and recycling them in the same machine as for the crystals – since it is the one that allows you to initiate time travel. And that’s good, it’s your mission: chain round trips at different times to restore events that have been turned upside down. Wanderer projects, for example, the player in the middle of a festival Woodstock with a crowd that is as scary as the public of Gran Turismo or Forza, on the moon at the time of the first steps of Man on it or even under the heavy fire of the Nazis during the Second World War. An excellent idea in the service of an impeccable immersion where VR makes it possible to become aware that one embodies different characters by navigating in the various eras. And the studio did not neglect anything. Before you go here or there, you will have to find the objects which, once stuck on the lower part of your watch, trigger the trips. For the moon, it is a feather; for the Mayan temple, a statuette of a frog, etc. It’s well seen and it fits with the enigma/puzzle delirium. 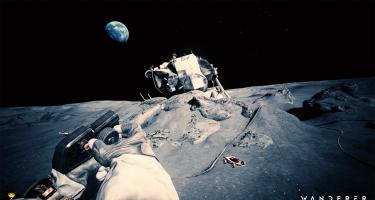 Because yes, you are not here for an educational outing, but for influence the course of events… by solving puzzles that could block your path more than once. We are not on the CE1 “puzzles” of Resident Evil Village (sorry not sorry). Clearly, it will take a minimum to think several times and make your memory work since the puzzles are intertemporal. An object obtained in the apartment could be used in the much older level devoted to the meeting with Nikola Tesla… This is where you will understand the interest of the watch which stores objects and allows you to teleport where you need to go to progress. A tip anyway because you can quickly lose your footing: do not leave potentially important items in the levels, collect in the grandpa’s bachelor pad, it will make your job easier. What’s more, the teams have managed to renew the puzzles throughout the game, thus avoiding a feeling of repetition that is already there by the very nature of the title. The puzzles are the great success of Wanderer, more so than the snippets of narration.

However, there are still two downsides. The first concerns playability. At times, motion detection is bad and suddenly, impossible to perform the desired action. We think for example of this passage where we must defuse a bomb by first affixing a sign that will direct us. To see if a recalibration could have eliminated this problem, although we doubt it. The other concern is that even today, the developers have not delivered the patch for the French subtitles. So, even if the greatest number will manage to get by without it, for a game of this caliber, it would have been better if it was understandable by everyone directly.