Elden Ring, one of the most anticipated games of the year, is finally a reality and will arrive on consoles on February 25 (new and current gen) and PC. To say the game is on the hype train is an understatement. The software has already been approached by the press and players via a closed beta session last November, but we, the lucky ones that we are, had the opportunity to get our hands on it again during a preview organized in line by Bandai Namco. Thus, for about 5 hours, I was able to survey in total freedom, the world of Elden Ring, well beyond what the beta allowed. I was not disappointed with the trip.

A re-dive even more fantastic than the first, yes it is possible. 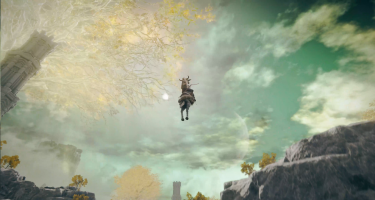 For this second presentation session, I voluntarily took advantage of the time allocated to me to go see the country. It must be said that I had already made the rounds of the combat and magic system in my previous preview. The sensations on that side remain completely unchanged, with the difference that here, I was also able to meet new classes (the Samurai, the Beggar…) and get my hands on some exotic objects, still held secret, whose usefulness rather surprised me. But we will wisely wait for the final test to go through all this, time was running out I could not really try all this in detail. 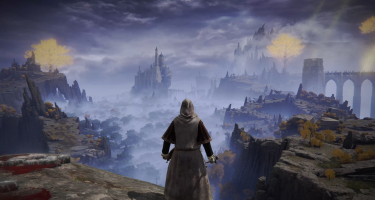 So it was a session more focused on exploringa world that promises to be incredible by the freedom it offers, but also by its construction, its coherence and its constant invitation to travel. Moreover, this new test session allowed me to see that a lot of things had changed since the beta. Many enemies and NPCs had changed places, others appeared here and there, the lootable equipment was not the same and the mist barriers that defined the space during the closed beta had completely disappeared. So my nag and I set sail, looking in every way possible to travel through the environment to see what it had to offer.

I was therefore able to engage much further north, in distant lands hidden behind the imposing castle of Margit, the very one that can be seen as soon as we appear in the game, the famous beta legacy dungeon. closed. The developers had said it, Elden Ring is full of side roads and offers real freedom and, while that remains to be determined over the long term, I currently cannot prove them wrong.

Elden Ring promises to be gargantuan and epic

By hunting around a bit, I was able to find several side passages, not devoid of dangers, to dodge the enormous castle. On the back of a mount, I therefore crossed the first play area up and down to reach a viewpoint on the side of the cliff. A perch that highlighted a gigantic panorama artistically sublime (and I weigh my words), offering us a full view of explorable lands that are lost on the horizon. 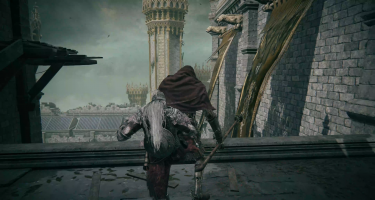 Besides, for those who doubted it, the open world promises to be truly vast, especially as the map we have will expand as we explore. It will also be up to us to map it by showing the topography ourselves via stelae (the only indicators natively displayed on the parchment). The localities themselves unlock when you set foot there, but that will be all. For the rest, you can put annotations on the map yourself, but you will have to manage and/or find different artefacts giving you (truly cryptic) clues on the location of points of interest. On the other hand, note that these will not be automatically indicated on the map, you will have to find them yourself with the clues you will have in hand.

Like a Zelda Breath to the Wild in its time, Elden Ring redefines the laws of exploration and opts for a completely refined HUD and map. It is you, and you alone, who will draw your adventure, no one will come to take you by the hand.

A trip full of surprises

And that’s a great thing since the exhilarating feeling of victory offered by each soulslike, is now added to that of discovery.

FromsSoftware has done a goldsmith’s job to make its universe crying out for truth. More heroic-fantasy than the studio’s other titles, Elden Ring offers an artistically beautiful and coherent world, with no loading time, not even when entering a dungeon. The only exception that I have seen is when using portals, the destination of which I will not mention, I will talk about it shortly in the test.

For the rest, regions all larger than each other, fit together naturally using a neat level designsubtly telling us the story of the lands we tread through environmental storytelling.

During my escapades, I was able to discover a whole new territory hidden under a thick layer of fog, under the icy cover, I discovered there a vast swamp strewn with ruins and above all, stuffed with monstrous creatures. A bestiary that plays gigantism, fantasy and even horror. Further on, a citadel protected by damned automatons dominated a winding rocky path where the mount was no longer accepted. Except that once the foot on the ground and the steel crossed with the enemy, I quickly understood that I had nothing to do on his land. Nothing had warned me of such a level of danger, it was the hard way that I understood that better equipment, and especially more skills, would be necessary for me to come and explore here.. So I turned back and went exploring elsewhere. This time, I headed for a forest of gigantic trees, trees that hid something monstrous and as big as themselves.

I couldn’t defeat the creature here either, but I managed to hide in a small chapel. Except that the latter was actually an elevator. The machinery drove me deep underground without my being able to do anything but suffer. Not to lie to you, I made a descent of a good big minute. And what I saw in what I thought were only vulgar basements, made me smile a little and tore an “oh! the cow…”. I also learned after my session that the studio absolutely wanted us to be able to see this place before leaving the game. This cave was more than just a cave and what lies there will surprise many. It is for this reason that I will let you discover for yourself what lies beneath the wastelands of the Elden Ring.