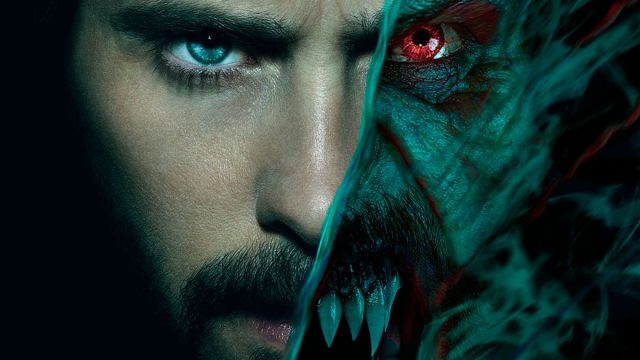 Vampire or not, Morbius will remain in the dark for a few more months, the fault of the Covid-19 or some other reason?

It’s starting to take a long time for Jared Leto aka Morbius, who still won’t see his film reach theaters. Sony has just announced the postponement of the feature film to target a release in a few months, on March 30 exactly.

The first reason mentioned would be, once again, problems that have arisen because of the Covid-19. This bastard still has not had its last word, it continues to pollute everyone’s life and slow down the film industry (all industries for that matter).

If this is certainly the most obvious reason, there might be another reason for a last minute postponement …

MAXIMUM SPOILER ALERT: If you haven’t taken a look at Spider-man No Way Home yet, or you don’t want to be possibly spoiled by any theories, we recommend that you don’t read what is after the video below.

What if everything was linked?

The other reason for the postponement would be, as pointed out by our colleagues at Gamereactor, the fact that Sony would leave room for Spider-Man No Way Home takes it easy and the audience can take in the idea of ​​the Multiverse and the ties that now unite Sony’s Spiderverse and the MCU.. Since Morbius may well be no stranger to it.

It is in any case a fascinating question which feeds many rumors and theories on the net, and which could also explain this final postponement.

READ :   Nintendo invests $40M in land in Kyoto to expand

First of all, multiple rumors claim Andrew Garfield could resume his weaver costume in Sony’s Spiderverse. Theories supported by images from one of the Morbius trailers, which multiplies the references to the universe of Spider-Man films, in particular the “Amazing” worn by Andrew Garfield.

But what caught the attention of the Web, it is especially the fact that in Morbius, Spider-man seems to have disappeared and that a tag representing him finds himself decked out with an annotation “murderer”. Especially since after No Way Home there is something to ask serious questions, since the Spider-Man Garfield makes a remarkable appearance and holds a surprising speech when he says he is going through (or having gone through) a very dark period. since Gwen Stacy’s disappearance, to the point of having a hard time holding back her blows. Which could therefore explain the presence of this famous tag and the fact that it seems to have disappeared.

Other interesting facts that would immerse Morbius in the Multiverse and could make it more important than it seems is the appearance of Michael Keaton in the film. The actor is indeed visible at the very end of one of the trailers and could well reprise his role of Vulture (seen in Spider-Man Homecoming). What’s more, Tom Hardy (Venom) will also make a hello in the film, and we know that he also put a foot, and left a gift in the process, in the MCU via two post-credits scenes: a first at the end of Venom 2 and a second (which explains the previous one) at the end of Spider-Man No Way Home.

Finally, to drive the point home, let’s add that Jared Leto himself also added fuel to the fire by playing on words during a statement:

In the movie Morbius, the character is also part of a much larger universe. If you’ve seen the latest Spider-Man: No Way Home trailer, you know that the multiverse has officially opened and that there are all kinds of opportunities for villains to meet, thrive, and maybe even be to feed their most sinister intentions. That’s all I’m going to say for now.

One thing’s for sure, Spider-Man No Way Home has left its mark, but obviously not just for the MCU, and it just could be that Morbius is also impacted, or at the very least, that he will enter the dance of the Multiverse on his own. To see if this is also really one of the reasons for this fourth postponement, or if the Covid is the only one to have put its two cents.

In any case, I would like to see all the lines of the contract between Sony and Disney on the rights of Spider-Man me … and you, what do you say?