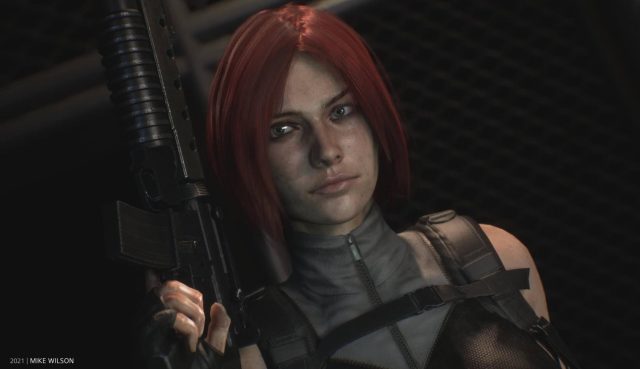 A 3D artist had fun recreating one of the characters and an emblematic setting of Dino Crisis under Unreal Engine 5, and the result is inevitably stunning.

You always wanted to know what would look like Dino Crisis with the new Unreal Engine 5 technology? No? Ah. Either way, don’t expect to see the entire game but just the main heroine. Regina.

A 3D designer by the name of Mike Wilson has indeed recreated the protagonist on Epic’s new physics engine with one idea in mind: to show players what the game could actually look like in 2022.

And it must be said that this simple image makes you want to. We are very far from the last episode of the series, released in 2003 on Xbox. Unfortunately for us, the artist will stick to this 3D model (as well as the backgrounds that allow Regina to strike the pose, see below) and does not plan to recreate any environments from the game or other elements. around the Dino Crisis franchise.On the other hand, if it can give Capcom ideas …

As a reminder, this is not the first time that fans have considered a remade. Last year, an artist made concept arts of a fake HD remake of the game.