Recently, Dontnod (Life is Strange, Vampyr, Twin Mirror, Tell Me Why) decided to launch in the edition, not only from its own productions, but also from small independent studios. And, for his first steps, it was in Denmark that he went to support PortaPlay in the development of Gerda: A Flame in Winter. We will of course not be surprised to find the French studio in the field of narrative game which he particularly likes. Unveiled last December during the Indie World, this title is defined more precisely as a Narrative RPG-litethe aim here being to present lesser-known dramatic events of World War II from a different perspective focusing on mundane civilians rather than war heroes on the battlefield. An interesting concept that caught our attention, combined with an artistic direction all in watercolor. Also, while waiting for its release which has just been announced for the September 1, 2022 on PC and Switchwe wanted to have a first glimpse of it through a demo that gave us access to the first 2 or 3 hours of the game.

No one comes out with clean hands 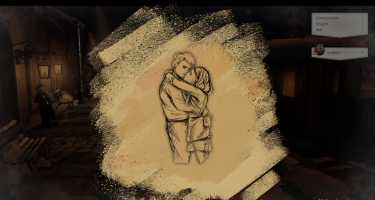 December 1939, Gerda returns for Christmas to her native village of Tinglev, located about ten kilometers from the border with Germany where she went to study in the big city to become a nurse. Waiting on the station platform are Anders, her Danish fiancé, and Dieter, her German father who has chosen to join the Nazi Party in the hope that the border would move north and for Tinglev to become German again. If the village is now part of the Sonderjylland region, this has not always been the case, and it has in turn been owned by Germany and Denmark. It results a mixed population, of which Gerda is the fruit since her mother is Danish, but the ethnic conflicts persist. And, when the German troops landed in Denmark and the country capitulated in a few hours, when no one expected war to come so far, the German occupation redistributes the cards.

Tinglev was in turn possessed by Germany and Denmark. 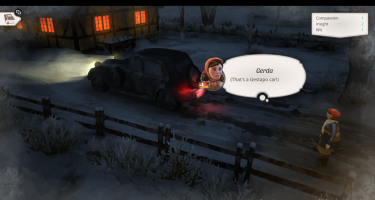 First of all generally well accepted, the Nazis will face increasing resistance from 1943, as the victory of the Third Reich seems increasingly compromised. Between the German occupiers, those of the locals, the Danish collaborators, those who prefer not to take sides and the resistance fighters, Tinglev has become a real powder keg ready to explode. And, in this vicious circle of violence, nobody has anything to be proud of. When we find Gerda in 1945, not far from the end of the war, the situation is therefore tense. Now married to Anders, who takes a dim view of the occupation, she finds herself torn between several camps, while she only aspires to a little peace. His mother thus returned to Copenhagen while his father joined the local militia. But it’s not always easy not to take sides, especially when your loved ones get involved.

My heart rests between the two 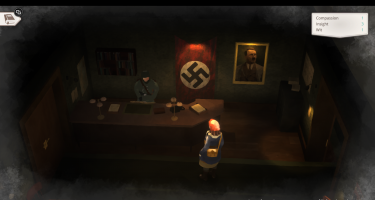 If the theme of the Second World War is not necessarily very original, the same cannot be said of the angle of approach chosen by PortaPlay, especially when you are not Danish and the story of this Scandinavian country and the region of Sonderjylland, extensively documented in a war diary, is foreign to us. The developers have inspired here by real events and in particular by Kylle, the grandmother of the game director, who belonged to Tinglev’s resistance and who first saw her husband die and then the German informant who denounced him. Two lives wasted unnecessarily. The fact of having retained ordinary civilians, rather than the classic war heroesalso brings another vision that we welcome. How to stay true to your own values, while protecting his skin and his own, especially when they belong to both sides? Would you have joined the Resistance at the risk of losing your life or would you have preferred to collaborate to ensure a certain security, even if it meant closing your eyes and denying yourself? The software thus confronts us with permanent dilemmas which provide effective immersion in the difficulties encountered during times of war and occupation by ordinary citizens, whether in Denmark or elsewhere.

Each scene is an animated tableau. 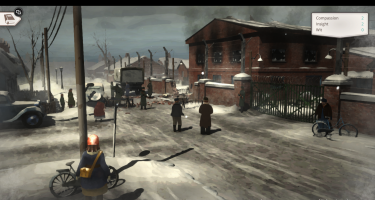 To top it all, the atmosphere generated by the game is successful. Not only his artistic direction, with his watercolor drawingswill undoubtedly leave no one indifferent, but its soundtrack is also involved. Quite gently, the music, essentially based on accordion and piano, just like the period songs, exudes melancholy, but also knows how to become more rhythmic and stressful, with for example drums, in the presence of enemy forces or of danger. Heartbeats are also used to mark the rising panic. We thus have some delectable contrast, like the peaceful landscapes of the Danish countryside in contrast to the present situation. Each scene is an animated painting, enclosed in a kind of frame represented by gel on the edge of the screen to better feel the surrounding cold. We move there 3D view from aboveusing the mouse-keyboard combo or a gamepad, looking foreasily spotted interactive elements by dots indicating them, but without control on the camera. It can be simple elements to observe or read, but also objects or clues to recover, or individuals to talk to. We remain, however, facing simplistic characters with rudimentary animations. 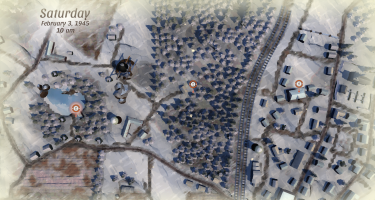 The evolution area of ​​each location is quite small and the objective to be achieved is indicated by appealing to the thoughts of Gerda which are displayed in a bubble above his head, as well as the dialogues between the characters. A particular style which may or may not please, but which also gives the title a special paw. Note that it is necessary sometimes act in limited time and that many points of distraction are then offered to you in the decor to waste your time, so know how to get to the point. In this demo, everything was still written in English, without subtitles, but the game should be available in French when it is released. The audio, however, is only provided in English with subtitles. Yes discussions are in writingthe passage from one chapter to another returns us to the map of the city where Gerda summarizes the situation orally, quite effectively. From there, you will choose your next destination (when there are several) and may have to cross out the others, which you will pass by. An interesting option again calling on a difficult choice and promoting replayability, as well as trying different approachesincluding the most extreme.

A resolutely narrative title which is based above all on the dialogues. 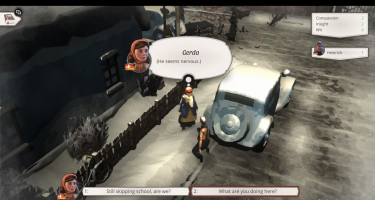 We are here facing a resolutely narrative title where exploration and the search for clues are important, but which is based above all on the dialoguesnotably with 16 major characters, each with 2 or 3 secrets to discover. A level of confidence that evolves according to your words and your actions is determined with each of them. The way they react to you and the dialogue options depend on this, as well as the relationship you have with their group (Germans, Danes, Occupiers, Resistance), also represented with an evolving level of trust. And this system works pretty well. We are therefore dealing with a game exploiting RPG techniques, with also a little resource management. However, some dialogue choices lead to the same result, but you will only know that by trying the different possibilities offered. The only skills available to Gerda are his compassion, insight and wit. These mental “energy points” are obtained based on how she sees things between each chapter where several options are offered to her. She can then spend them to gain an advantage. Finally, dice rolls can also take place and are influenced by his level of mental energy concerned, in addition to the confidence granted to him by his interlocutor and the camp to which he belongs. But be careful, if you will benefit from it in case of success, in case of failure, negative or unwanted consequences will follow. 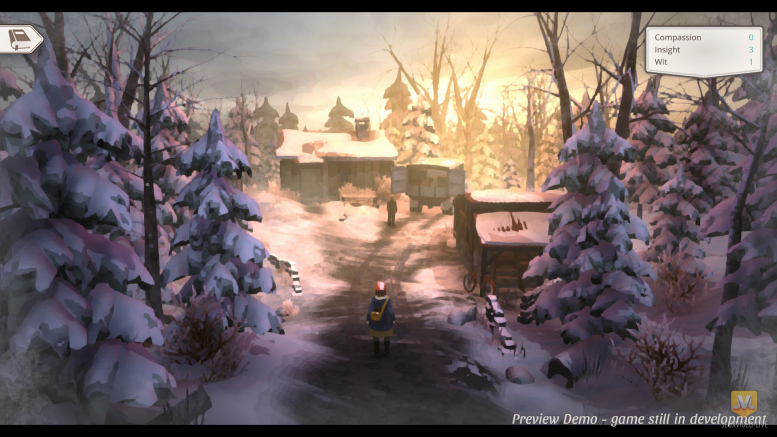