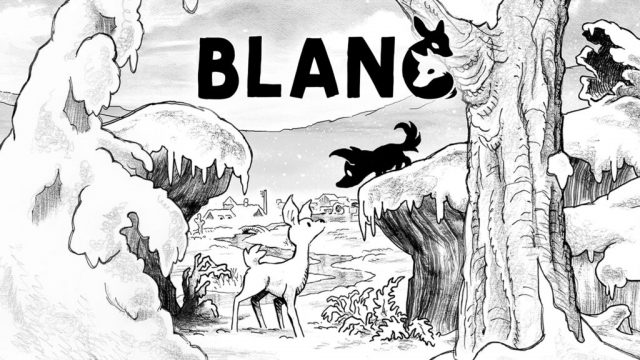 Blanc, or the story of friendship between two animals, was announced during the last Nintendo Direct, giving a glimpse of its black and white world.

Whitewith its black and white tinted universe, was the small poetic and artistic moment of the last Nintendo Direct dedicated to third party publishers where we could see some interesting announcements such as the arrival of Persona or NieR Automata on Switch.

The story of a friendship between a cub and a fawn

Published by Gearbox and developed by the French studio Casus LudiWhite promises an emotional adventure and will send us to meet two animals: a cub and a fawn. Lost and trapped in a snowstorm, the two individuals, however very different, will trust each other, will help each other in order to face the situation which rises in front of them and will create, in a completely logical way, strong bonds of friendship.

Obviously, the game will be played in co-op, whether online or locally. Each player has a faculty specific to the animal he embodies and will be able to perform actions that his comrade will be unable to do. Thus, both players will have to act in unison if they want to overcome the obstacles that stand in their way and complete their journey.

White and its beautiful hand-drawn black and white scenery will be available at the beginning of the year 2023. The game is scheduled for release on Nintendo Switch and PC.