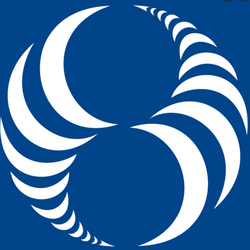 It was on Friday, July 1, 2022 that the acquisition of the non-US assets of British bookmaker William Hill was finally successfully completed by operator 888 Holdings.

On this occasion, various changes in the management team were also introduced.

For its part, the American group Caesars Entertainment has announced that it will use the money raised by this sale to reduce its outstanding debt.

Caesars Entertainment to buy William Hill to gain a foothold in the U.S. market

At the end of 2020, Caesars Entertainment completed the purchase of William Hill for a whopping $3.69 billion.

At the time, he made no secret of it: it was only the American market that interested him. According to many specialists, the US market will eventually become the most important international market.

And William Hill was very well represented there. That is why he announced that he was going to sell the non-US assets of the British bookmaker.

READ :   Macau: casinos remain open despite the spread of Covid-19

Several suitors showed interest. Nevertheless, it was 888 Holdings that finally won the acquisition in 2021. It should have cost him 1.09 billion dollars.

Only thing is, the deal was later changed, due to various issues including the fact that William Hill did not comply with some UK Gambling Commission regulations, which could cost him his UK license or at least a large fine.

Now that William Hill’s non-U.S. assets are now owned by 888 Holdings, some executives have been forced to leave the company.

This is the case, for example, with CEO Ulrik Bengtsson and CFO Eric Hageman. They have been replaced by Itai Pazner and Yariv Dafna, respectively.

For his part, Guy Cohen has been appointed chief operating officer.

On the other hand, some executives of the British bookmaker have still been retained. These include the director of personnel since 2021 Mark Skinner as well as the head of product and technology since 2019 Satty Bhens.

READ :   The Casino Barrière of Toulouse is looking for croupiers

With the sale of William Hill’s non-U.S. assets, Caesars Entertainment received $765 million, which is still far less than the $1.09 billion originally agreed upon when the deal was announced last year.

After taking into account various fees and other taxes, the U.S. operator thus collected only $730 million.

With this money, it has already announced that it intends to reduce its outstanding debt.

At the moment, the American group is working hard on this. To do this, it may soon sell one of its hotel-casinos located on the famous Las Vegas Strip in Nevada.

Moreover, some persistent rumors mention the fact that Caesars Entertainment is currently in talks with possible buyers for the mythical Flamingo.