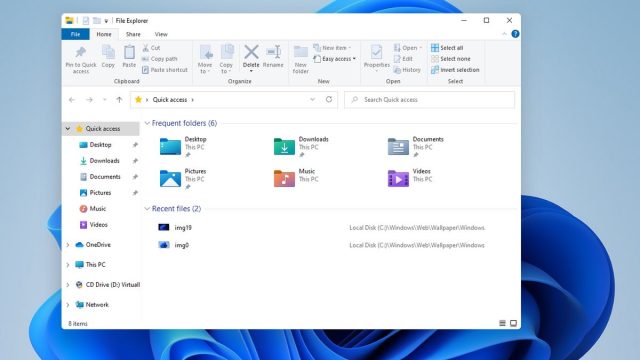 A user discovered advertisements for Microsoft in Windows Explorer on his PC. The company has denied any experimentation in this direction. At least for now.

Many of you have made the switch, very often involuntarily and without having asked for it, to Windows 11. Even here, within the editorial staff, some have railed on the fact of having lost half a day of installation of this version, as often, not fully optimized for its debut.

On Twitter, a Windows insider uncovered a possibility that could cause Windows users to outrage. Florian has indeed revealed that an advertisement had appeared in Windows Explorer, for Microsoft Editor. An action that has since been considered by the firm as a simple error.

Contacted by The VergeBrandon LeBlanc, senior program manager, effectively states that “the banner was experimental and has been deactivated.” It wasn’t “planned to be released externally,” he says, which doesn’t specifically mean it won’t be rolled out in the future.

READ :   A new State of Play is approaching

To many, this appearance appears to be a life-size test of Microsoft seeking to directly implement ads on the consumer work interface. This is not the first experiment in this direction, since several self-promo banners in Windows Explorer or on the home screen have already appeared in the past.

Admittedly, if this feature ever arrives, this text banner is not particularly intrusive but remains to be seen if this integration will not take another form than that seen on the imageand especially if this kind of process will not cause slowdowns and untimely and intrusive calls on your internet connection.

What do you think of this possible integration of advertising directly into your work interface?