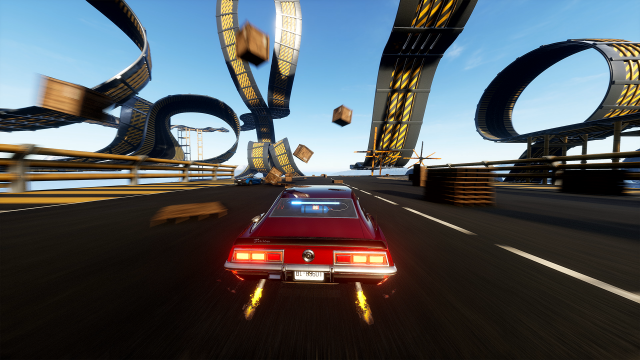 A new 100% arcade racing game will soon be released on consoles and PC, it’s called Wreckreation, a curious mix of Burnout and Trackmania.

Wreckreation is a racing game where the focus will be on the community and creative aspect of the players. Like in a Trackmania, the game will indeed have powerful tools to create its circuits from scratch on land, on the ocean, and even in the air. In addition to the fully adjustable circuit sections, ramps and other slides, you can scatter traps on your circuit to turn it into a real obstacle course.

Wreckreation also has the particularity of offering a live sandbox mode, it will be possible to make elements appear on the track while other players are in full raceThis simple game mode is likely to meet a certain success, we can already imagine entire races taking place while a master of the game takes a malicious pleasure to rot the circuit of various traps and elements of the decor.

Fun is the key word of this new game and the racing sensations will be centered on thearcade pure and simple. You can still send your opponents into the scenery with crash animations reminiscent of Burnout.

Wreckreation has no release date yetbut the game is expected on PS5, Xbox Series, PC, PS4 and Xbox One.