As always, bilbil-kun’s leaks were real. But several games had been forgotten in the list which is now official: there are mostly PC titles!

Several titles were announced this morning by bilbil-kun like every month now. But the list didn’t look complete and now it’s confirmed since Microsoft has released the eight titles that will complete the Game Pass for the end of February. Note that we are talking about the Game Pass and not the Xbox Game Pass, since the majority is planned on PC.

So in addition to Total War Warhammer III which arrives on the 17th in day onewe will find several EA Play games including Alice: Return to the Land of Madness. 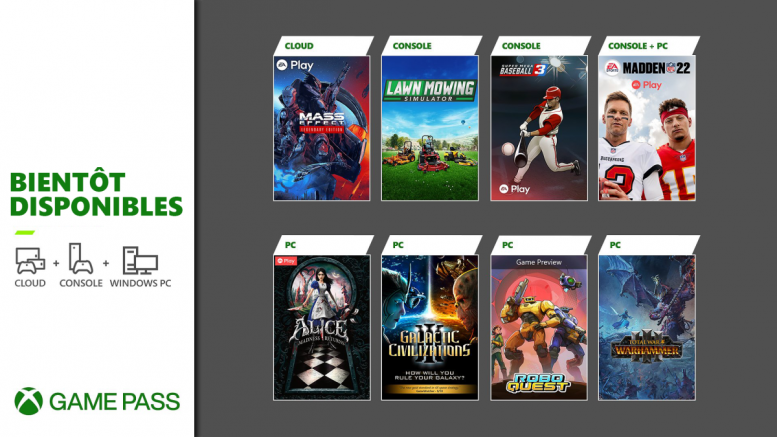 Microsoft also announces six new games compatible with touch controlsvia the Xbox application on PC, the mobile application on Android or from the play site on Apple mobiles.

The complete list of compatible games can be found at this address.