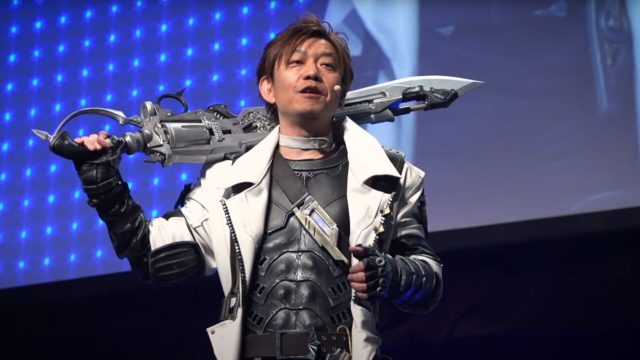 Producer Naoki Yoshida feels he’s not done with his work on the MMORPG and isn’t determined to quit anytime soon.

Naoki Yoshida, Yoshi-P of his nicknamehad been called upon by Square Enix to relaunch Final Fantasy XIV, failed license game and reduced life expectancy. Experienced, the producer of DragonQuest at that time had succeeded in the feat of imposing Final Fantasy XIV: A Realm Reborn, a game which will experience the expected success over time, to the point of recently becoming the flagship MMORPG, even ahead of World of Wardcraft on a few occasions.

In his last letter from the producer, the boss of the game gave hints about his future, and he clearly does not want to stop on this success.

Personally, I want to continue working on Final Fantasy XIV. Unless the CEO [Yosuke Matsuda] don’t say, “Yoshida, you have to go…” And even then, I think I will fight him. Or if the development team, the operations team, want to fire me. Or if, God forbid, I die. These are the only extreme cases where I would even consider leaving the FF XIV project. Your continued support will therefore be greatly appreciated.

Naoki Yoshida therefore seems certain to continue, since the management will not risk getting rid of the one who is considered a savior in the business. The recent launch of the Endwalker DLC proved it yet again: the game is a massive success. The servers were saturated by the influx of players and the sale even had to be stopped to avoid problems.

To find out more, read our recap of the stream with the Final Fantasy XIV roadmap.