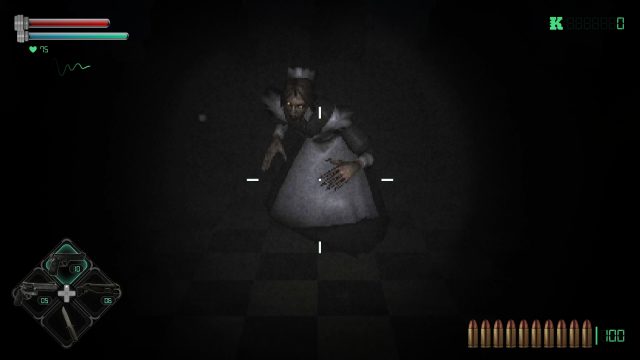 A game very inspired by the first Resident Evil will soon be released on Steam, a survival-horror that promises to be intense and punishing.

The survival-horror seem to have found a new youth these last years, with many interesting productions, and the appearance of the asymmetrical game that fits perfectly to the genre. But everyone will agree that the golden age goes back to the turn of the century with titles like Resident Evil 2 or Silent Hill. An era that inspired the indie studio Spiral Bound Interactive.

You Will Die Here Tonight is a tribute to the games of the late 90s. Players must guide one of the 6 members of the ARIES division (each with special abilities) through a haunted mansion, in a 3D top-down view. By avoiding the traps of the house, the characters must escape the danger, and the game moves in FPS view during the combat phases.

As the game will make you die often, with each death, your actions and decisions will continue to strengthen or endanger those who remain in an “evolving” narrative explains the developer, since you will switch into the body of another survivor. The monsters, the scenery, the HUD, the costumes of the characters … Everything suggests that the “homage” comes from the first Resident Evil. Jonathan Williams, creative director, does not hide it:

I always say that what inspired me to make this game was that I rented the first Resident Evil as a kid, but didn’t have a memory card for my PlayStation. I had no way to save my progress, so I had to try to beat the game in one sitting. I’ll never forget how intense it was. I remember being crushed by rocks in the cave section of the game or having my head cut off by a hunter popping out of the background. I’ve never felt that kind of tension in a survival horror game since, so I wanted to recreate my experience and share it with others through our game.

A release on Steam is planned for later this year, around fall.

READ :   Warstride Challenges sets a date for its early access