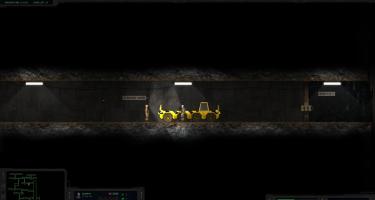 Between small indie games like FTL and Hollywood SF movies from the 80s, we find Hidden Deep, a real little surprise whose early access will begin in January 2022. We had the opportunity to test it in its beta phase, and we must admit that it has some solid advantages.

Nobody hears you screaming 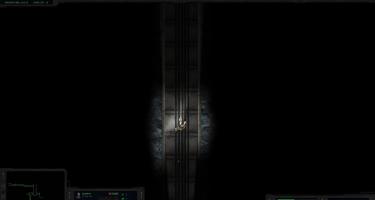 The atmosphere portrayed in the game is the undeniable strong point of this independent title developed by the small studio Cogwheel Software, founded by a Polish industry veteran who combined his two passions: video games from the 80s and 90s, and films from this same period. Hidden Deep was intended, from its first presentation, a tribute to productions such as Alien, The Thing, or any creation of the Carpenter and Cameron movement in those years. And from this point of view, the bet is successful. You play as a scientific team stranded under the ocean in a vast network of galleries and underground complexes which have been partly inundated, deprived of electricity or damaged following incidents of which the cause is not yet known. The story could not be more classic: explorers and scientists on a mission will discover that strange monsters have taken possession of the place and they will have to be fought to stay alive. 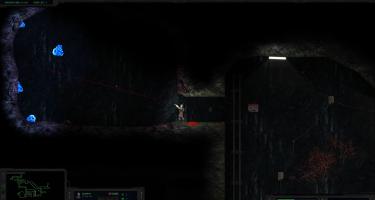 Close to the mechanics of classic 2D sidescrollers like Gunpoint released in 2013, Hidden Deep also plays nostalgia for this type of game from the old days. You have a map that you discover as you progress, in a corner of your HUD, and your character must explore in a scrolling screen both horizontally and vertically. The verticality of the levels also makes it possible to have a fairly large map in each “chapter” which makes up your progress, and which generally functions as a “mission” of rescue, exploration or repair. From nostalgia even to the difficulty of progressing elsewhere, since the game gives you no respite. Your hero has many tools that will allow you to get rid of several situations. For example, it is possible to use a grapple to pass obstacles or descend pits, to pull a rope to zip-line over a precipice, or even to use a sonar to check what is under. his feet and possibly explode the rock to provide new access under the ground. The big deal, when you have a character with extremely realistic and extensive animations. 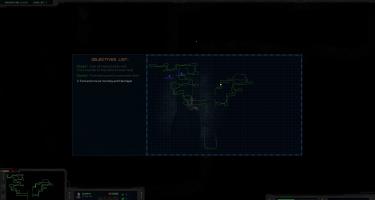 Thanks to a very complete physics management, our scientist has indeed a palette worthy of the best 2D platformers: he can jump, he can run, he can crawl and even lie down on his stomach to go through the most confined places, he must also swim and above all he must aim with his weapon, thanks to the mouse, in order to make precise shots against the dirt which will fall under his nose. Very close to a metroidvania, the software puts you between the legs of many weapons with various explosions and more or less large ammunition. It will be a question of being just as careful with your life as with your arsenal so as not to be left dry. The mechanics are so well thought out that you can also find yourself in a galley by being suspended from your grappling hook, swinging in the void, but having only one hand available therefore unable to put a magazine back in your weapon. The hero also cannot shoot blind and will have to move to have line of sight in his field of view. Obviously, since the latter is not a superman, he will also have to be careful going down stairs or jumping over holes, as gravity or slips are dangers. So what follows is a game with very complete possibilities with a level of stress almost as pleasant as in a survival horror. 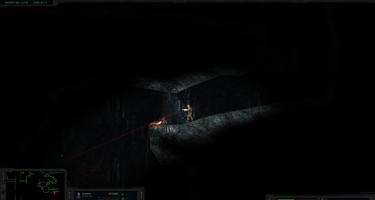 On the technical side, the game is not left out since the 2D graphics are quite polished and detailed. The underground world is full of elements that strangely give a feeling of life in a completely empty and hostile complex. The reflections of light from your shots will allow you to see certain gruesome situations as you walk through hallways under the faint glow of sizzling bulbs. From time to time, your field of vision begins to discover at the last moment a nest of aliens in an angle and the scary music punctuates the various missions just as it should. Overall, the situations alternate quite logically and you are going to discover that it is not that easy to stay alive in these corridors. Because death is not only present, but it is often final. Each enemy or obstacle can cause you to lose 20% of your life point and when your bar (otherwise very short) drops to zero, you resume at the last encounter. Except that, at the top of your screen, you have a survivor counter, which actually acts as “continues”. Note that after a few deaths, you must start the mission from the beginning. And sometimes it’s 25 to 45 minutes earlier. The difficulty is even greater when your mission is to rescue teammates in the hallways and make sure everyone returns home safe and sound. If you are not playing in co-op, you will have to take control of the multiple characters and take them in turn, while playing occasionally inventiveness so that they can pass obstacles in various ways or in different ways. helping each other (older ones like me will see the ref at Lemmings, younger ones at It Takes Two and others). On this side, we can certainly plague quite often on gameplay options that do not yet work at the top, such as the possibility of giving orders to NPCs so that they “advance without stopping” to the left or the right of the screen, ignoring any logical or intelligent behavior, either by plunging directly into traps or by categorically refusing to draw a weapon in defense . In short, to save them and pass the level, they will have to be mothered from A to Z. Otherwise, in the event of death, it is possible to make them respawn, but if the whole team disappears, back to square one. 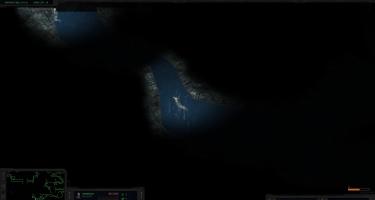 The game reminds you at all times to be careful not to gain confidence, since the missions are linked in an increasingly complicated story mode, with some puzzle games in the maze of corridors. Go find a key at the bottom of the water to start a generator, to call an elevator to be able to open a safe and unlock another key. Here again, we are in a very nostalgic classic. For that, it will be necessary to show a lot of patience in a game which favors the die & retry at certain times, especially since the image of the greatest platformers of the time, from Prince of Persia to Oddworld, you will have to pay attention to the pixel. We will also note the local coop which allows good games with friends, using the many tools available, such as large drills and construction machinery, engineers able to remotely control metal transport cages, lasers for cutting metal or small drones to explore galleries before rushing into them. The game also offers a challenge mode which sends you on maps generated randomly in a procedural way, and requiring to complete several challenges under various conditions to win the mission. Finally, we note a very great precision in the details: the gore is well balanced (the blood squirts if you have a blast on the ground below, with a ragdoll physique of the character who falls), the sound system is perfect (the sounds of weapons, the sounds of footsteps or shots on earth or metal …) and the distribution of lighting (lamps, torch, blast of shots) is excellent. Very promising while waiting for the official release in a few weeks.

READ :   A sequel to expect for GhostWire: Tokyo? News @VGR