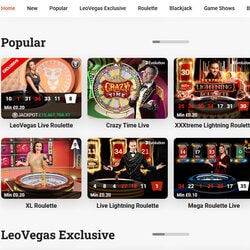 The American group MGM Resorts International is a very important casino operator on a worldwide level. It manages the Bellagio, the Circus Circus and the New York-New York on the famous Las Vegas Strip.

Well, this acquisition has just received regulatory approvals from the relevant authorities.

Whenever a purchase of this kind is made, official bodies must first look into the transaction to give their approval. For example, live dealer software Evolution had to get a number of green lights before it could complete its recently completed acquisition of slot machine publisher Nolimit City.

So before MGM Resorts International could pay the $6.2 per share it offered to buy LeoVegas, it still had to obtain all the necessary regulatory and governmental approvals. Via a recent press release, we learned that this has just been done.

The acquisition is expected to close in early September.

As a rule, obtaining regulatory approvals from the relevant authorities is a mere formality. Nevertheless, in the case of the purchase of LeoVegas, there were still some concerns.

Indeed, the Swedish Economic Crime Authority launched an investigation into possible insider trading in LeoVegas shares last June. Then, at the beginning of August, the operator was fined $1.6 million by the UK Gambling Commission for failing to comply with certain laws surrounding the fight against money laundering. In October 2021, it had also received a similar fine in Denmark.

Despite these difficulties, MGM Resorts International has stood firm and continued to try to get its hands on the operator that owns the famous brands: leovegas.com, slotboss.co.uk, pinkcasino.co.uk, betuk.com and 21.co.uk among others.

At present, MGM Resorts International is mainly present online in the US market through its subsidiary BetMGM, which is establishing itself as one of the leading operators in the country. LeoVegas, on the other hand, has only a small presence in the US.

It is mainly active in Europe where it has 8 gambling licenses, including in the Nordic countries. As a bonus, it is a profitable operator.