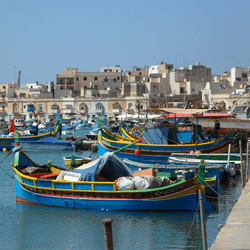 We have to admit one thing: the Beter Live software is still quite young at the moment. After all, it was only founded at the very end of the year 2021.

Nevertheless, it is extremely dynamic and is regularly talked about. In fact, it is preparing to increase its presence in the industry even further.

He has just announced that he has been granted a license by the Malta Gaming Authority (MGA). This is definitely a milestone in the development of this talented live dealer game publisher.

One of the most prestigious and internationally respected jurisdictions

It is through a recent press release that the Beter Live software announced the news. It then made known that the regulatory authority MGA had just delivered a license to him. This license will allow the company to continue its growth in the live dealer market by signing partnership agreements with more reputable operators. This will allow the publisher to reach new audiences around the world.

It should be remembered that the island of Malta in the Mediterranean Sea is one of the most prestigious and respected jurisdictions in the world. Therefore, obtaining this valuable authorization can be considered an important step in the history of this software.

In any case, this is what Anna Vikmane, the director of Beter Live, has just declared. She also took the opportunity to congratulate all the members of her team for the important amount of work accomplished.

Despite its young age, the Beter Live software already offers a superb game library. In terms of casino queen, for example, we can count on the presence of European, French and American variants as well as an Auto-Roulette without a live dealer. As for blackjack, among other things, there are a number of live tables accessible to 7 seated players, either in the classic version or in the Speed version for faster games.

There is even the live game Gravity Blackjack with random winnings multipliers ranging from x2 to x10. Otherwise, we can also count on the presence of live games dedicated to baccarat, teen patti, sic bo or dragon tiger among others.

Available 24 hours a day, 7 days a week, all are accessible through HTML5 technology on any smartphone and tablet running Android or iOS.

That’s why this talented publisher has managed to work with some of the biggest companies in the industry. Among them are Entain and Playtech.