At first glance, when we see Tentacular, which puts us in control ofa huge sea creature of the order of the octopods, one wonders what it may well be. And when you know that it was developed by the very small German studio Firepunchd (Simon Cubasch) and published by Devolver Digital, to whom we already owe Serious Sam VR and The Talos Principle VR in the field of virtual reality, we actually say to ourselves that it must bea well crossed-out marginal title providing yet another WTF VR experience that will only be casually glanced at. And it must be recognized that I myself was more or less part of this category. But what a mistake! This title available from March 24 on Quest and PCVR will have finally been a very nice surprise which I did not expect at all and next to which it would have been a shame to miss. 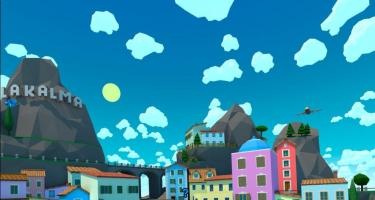 First of all, let’s start by clarifying that this is not a kaiju game. We certainly embody a kind of huge octopus, but Tentacular is above all a sandbox puzzle game where everything rests on your ease in manipulate and pile up things with huge tentacles. You are indeed a full citizen of the island of La Kalma, a citizen a little apart, but a citizen all the same, and not a monstrosity seeking to destroy everything, on the contrary. And like all the other inhabitants of the island, now that you are celebrating your 16th birthday, you must find your way in society by occupying the place that suits you. For this, you will be confronted with the TMA (Automatic Motivation Terminal) which will take care of find you a job.

You were actually adopted still in your egg. 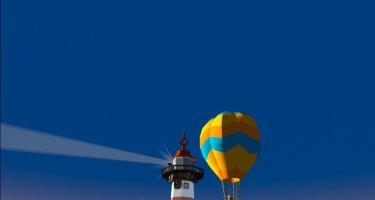 After beginnings in the treatment of toxic waste, you will soon be the object of the envy of the scientific community who sees in you an opportunity to carry out large-scale projects. It must be said that there is some competition in the field and that for you, throwing rockets is like a game of darts. But that’s not all: as a strange source of energy gradually spreads over La Kalma, your adventure takes you to discover your origins. You are indeed not like the others and have actually been adopted still in your egg by the one you consider today as your sister and who lives in the lighthouse. Tentacular thus accompanies its various challenges ofa fun story full of surprises.

READ :   a leak just before the livestream of this June 17? News @VGR 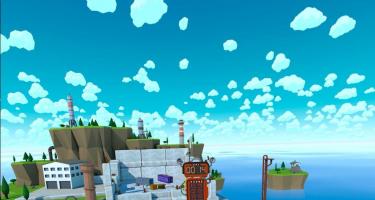 The tone is of course light and theubiquitous humor. The very representation of the characters, particularly successful with their aspect of Pop figurines, denotes this spirit. To talk to them, you have to tap them on the head, but you can also grab them to move them, or, why not, crush them to the ground or throw them away, as you can take on anything around you. They will never be mad at you for very long and will come back to you by parachute or by swimming. As soon as they find themselves immersed in the water, a buoy unfolds around them to help them move around in the aquatic environment. Their way of expressing themselves in the form ofeffectively caricatural and absurd onomatopoeiaswith the French translation appearing in speech bubbles, ends up giving the title a pleasant atmosphere.

Each painting is full of personality. 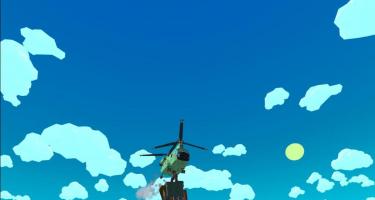 The Tentacular universe with its different islands is wonderfully well designed, all bathed in a soundtrack completely in the spirit of the game. Each painting is full of personality, whether it’s the town of La Kalma, your sister’s lighthouse, the theater, or many other places. You have to see the little characters jumping in the air to music during the party given in the luxury house of the scientist who employs you, surrounded by sharks that you can send flying through the air. Delectable. The set is in fact animated by NPCs going about their businesstraffic, dogs that you can have fun petting… And the air is full of airships, hot air balloons, helicopters, planes… To see inside the buildings, you can lift the roof of the houses or open the facades. Like Moss or Astro Bot, miniature worlds lend themselves quite well to virtual reality.

READ :   Windows 11 seems to want to put ads directly on your desktop

Between us, it sticks 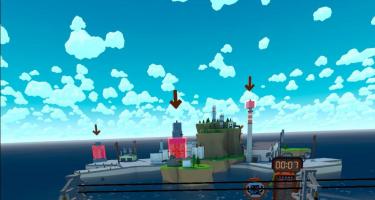 Tentacular thus offers about twenty levels, broken down into several acts where the proposed challenges are based on your skilled in manipulating your huge appendages. And if these turn out to be practical enough to show strength, they are also very bulky when more finesse is needed. The physics engine works wonders here, it is particularly convincingly realistic. You grab objects with your suction cups and can use the tips of your tentacles to be more precise, but if the weight is too heavy, they will tend to stretch. It’s better to use the thicker part of these, but your ends risk spilling things. Similarly, by releasing your grip, theelastic effect resulting from this can jeopardize the stability of your creations. Stacking containers and other items lying around on the docks systematically leads to rather rickety buildings greatly reminiscent of parts of Jenga or Badaboum. 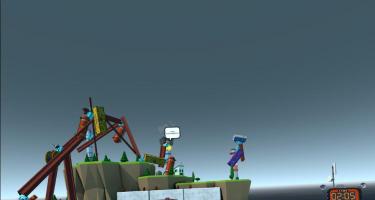 The title keeps appeal to your sense of touch and your creativity to find the best solution, and everything seems possible. The proposed challenges require interactions that are sometimes complex and constantly reinvent themselves with new proposals such as using magnets to fix your structures more solidly, exploiting high-voltage lines as catapults, launching rockets into hoops… This last point, however, suffers froma certain lack of feeling to aim and throw correctly. This is related to your octopus condition, true, but still can be a little too tedious. Finally, a playground, constituting your little home, is also proposed for experiment and make what you want with the blocks that you will acquire as the campaign progresses (constructions, accessories, furniture, vehicles and characters). Tentacular is not very long (less than 10 h) and it’s a bit silly, it’s true, but it offers a truly original and enjoyable game with a story to hold it all together and the possibility of returning there later to try another approach and thus prolong its lifespan. 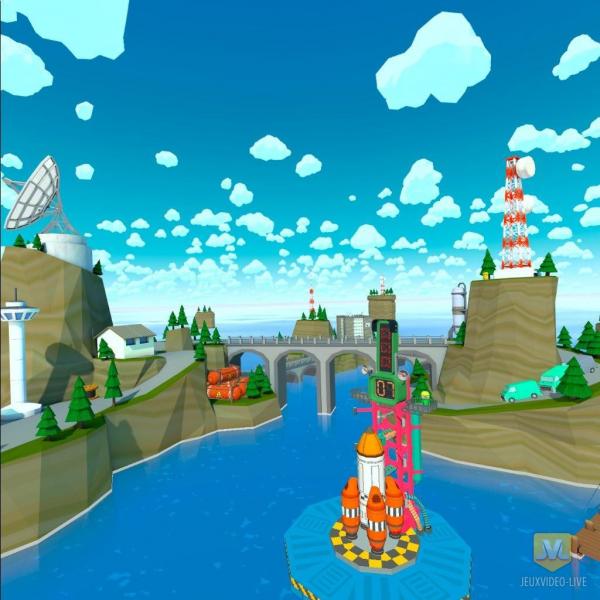